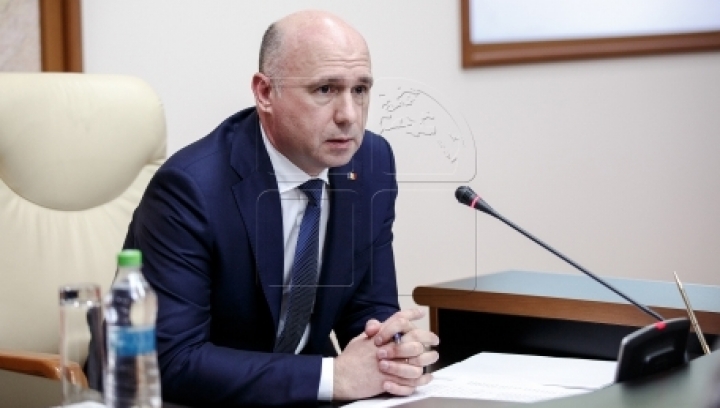 Moldova’s premier Pavel Filip says Moldova shall never allow again to have its international funds frozen. He made the statement at the beginning of today’s sitting of the Cabinet.

Filip has reminded it’s half a year since the Government he heads assumed the responsibility for ruling.
"The most important thing we have managed is stabilizing the banking sector. Moldova will have a transparent banking system, if we reached an agreement with the IMF. We unfreeze the funds from our developing partners. We’ll resume the financing, we must be careful in spending the public money. The one who’ll inefficiently spend the funds runs the risk of getting fired, in the best case," Pavel Filip said.
The prime minister says one has worked during this period, the success is modest, but everything is done so that the things in the country go on the right path.

"The average pension has risen by over 7 %. The industrial output is up. We have suspended the controls in the business environment. We’ll curb them further. We started the reform of the local public administration. We’ve got an advanced roadmap and we’ll carry out all the objectives written down there. We have practically reached our objective with the IMF. I congratulate you with these 6 months of hard work. It’s important to see the result of our work. We must work more assiduously," Pavel Filip pointed out.

PUBLIKA.MD reminder: The Parliament voted for the Pavel Filip Government on January 20.