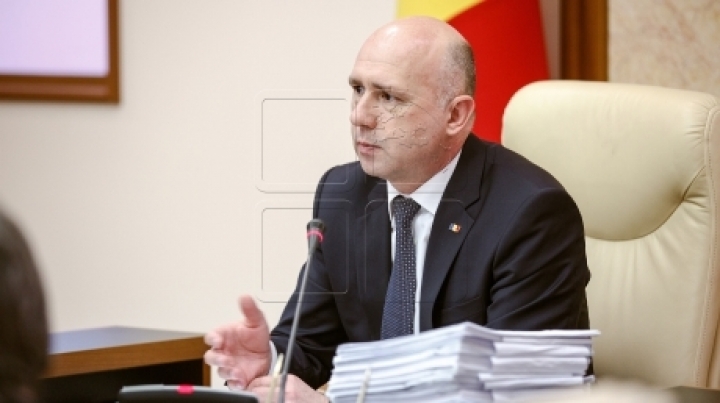 On the World Tourism Day, which is marked annually on September 27th, representatives of the tourism industry in Moldova had a meeting with Prime Minister Pavel Filip.

The first meeting of its kind in our country, the meeting was a good opportunity to discuss industry achievements, problems, and solutions to improve the situation.

The prime minister congratulated all those who work in tourism on the occasion of the professional holiday, noting that it's an important role of the tourism industry for the economic development of our country.

Pavel Filip has voiced confidence that tourism is a segment with great potential, which necessarily must be tapped.

"We have no see, we have no mountains, but have ingenious and hospitable people, beautiful places and traditions - here is our competitive advantage. I invite you, therefore, to capitalize on this potential" ,  said the Prime Minister.

In this context, the prime minister was referring to the actions taken by the Government to improve conditions in the business environment.

"We have adopted a series of measures to facilitate not only the tourism activity, but also the business activity in general. I mean the moratorium controls the state to cut bureaucracy in doing business, and other measures that we want to stimulate businesses to invest more money into the economy ", emphasized Pavel Filip.

In turn, Director General of the Tourism Stanislav Rusu, spoke about the current situation of tourism industry, stressing its role in the national economy and that, currently, there is a significant increase in the main indicators in the field.

However, he pointed out a number of issues that require the involvement of state, among them visa regime facilitation of travel for foreign tourists in our country, accelerating infrastructure modernization and conserve natural and architectural heritage of the country.

During the meeting, several proposals were made, including the creation of a tourism office in Moldova, but also placing tourism sector among state priorities.

Prime Minister Pavel Filip assured of all openness and support of the Government to solve problems outlined in tourism development and promotion of Moldova's image.