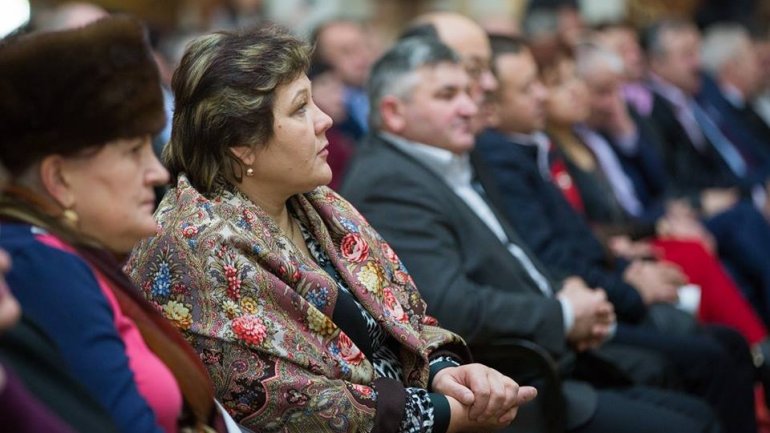 The dialogue between central and local public authorities, achievements and remaining debts were the main topics of discussion at a festive meeting dedicated to local autonomy and professional holiday Day of the public administration worker, which Prime Minister Pavel Filip has attended.

Talks held were interactive and mayors have thanked the prime minister for the receptivity manifested in connection with the problems they face and to highlight areas that need government support. In particular, they have requested to include representatives of locals into the working groups created by the government.

The answer was a prompt. The prime minister demanded the immediate inclusion of representatives of local government in these groups, noting that their voice is extremely important for the Government.

"I want more than just a partnership between the Government and local government. I want us to be a team. Together to see what are the capabilities, opportunities and make reforms, painful but necessary " , stressed Prime Minister.

In this context, he highlighted the reform of public administration, both central and local. The prime minister said that he wants no political polarization, but hard work in order to solve social problems of citizens.

Present at the event, development partners appreciated the dialogue between the Government and local authorities and encouraged further development of its citizens.

The meeting was attended by over 800 elected officials from all regions of the country.
AFLĂ imediat Știrile Publika.MD. Intră pe Telegram