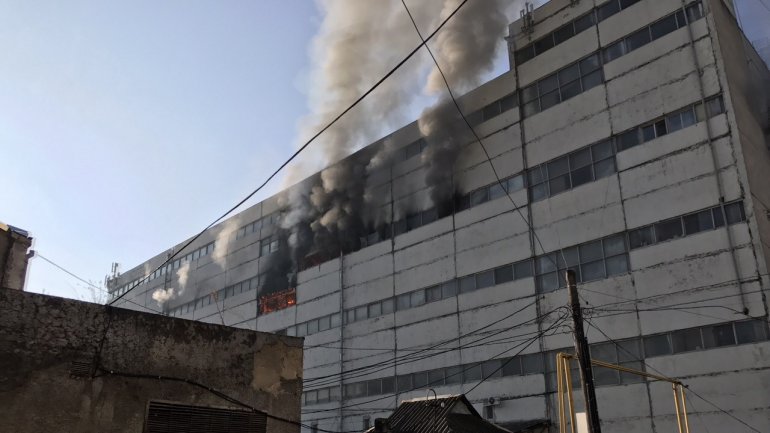 The prime minister Pavel Filip has gathered today the responsible persons in an emergency meeting at Government, regarding the fire in Ciocana sector of Chisinau.

According to the head of Civil protection and Emergency Situations Service of MAI, Mihail Harabagiu, at the moment in the extinguishing works are involved 11 firetrucks, 5 stairs and 110 firefighters.

"The intervention of firefighters and rescuers from the lower side was prohibited, because there is a risk of collapse of the fourth floor. The fallen firefighters was the first who stepped in. Five more firefighters and a civil person are hospitalized, the civil person being in serious condition.  The focal point has not been yet localized, it is working on it" declared Mihail Harabagiu.

PUBLIKA.MD reminds that a huge fire started at a warehouse on Uzinelor street in Chisinau. At the scene came 18 teams of rescuers, who are still fighting with the flames.

Four people were affected by the fire, three of them being transported to the Holy Trinity hospital. A firefighter lost his life during the extinguishing mission.