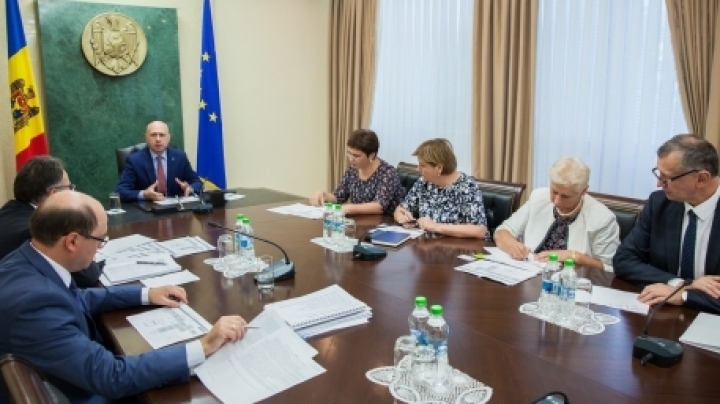 Prime Minister Pavel Filip led today's meeting with decisions on concept of Reform of the State Chancellery, which is a first step towards Public Administration Reform in Moldova.

A draft of the new structure of the State Chancellery, developed with the support of international experts in the field was examined during the meeting. Proposals and mechanisms for institution's power was a priority at the reunion. Thus, this composition will be optimized and some will be sent to other public duties.

The prime minister said that the main objectives of the reform of the State Chancellery are strengthening the institution's role as a "Centre of Government", streamlining the overall framework for defining priorities of government activity, public policy development and implementation by the central administrative authorities.

The new concept of modernizing the procedures and mechanisms for endorsement and promotion of documents examined during the Government's session was also discussed.

The initiation of the consultation procedure in national legislation that stipulates a new approach on the drafting, approval and expertise of legislative acts was talked today.

An important role in the modernization of public administration belongs to the State Chancellery project "e-Cabinet", which involves the transfer of several processes, and is currently carried out on paper, on electronic platforms. Prime Minister Pavel Filip urged officers in the field that all the initiatives should be launched as soon as possible.

Also the need to amend the legal framework on salaries of civil servants in order to create opportunities for additional reasons was discussed at the meeting.