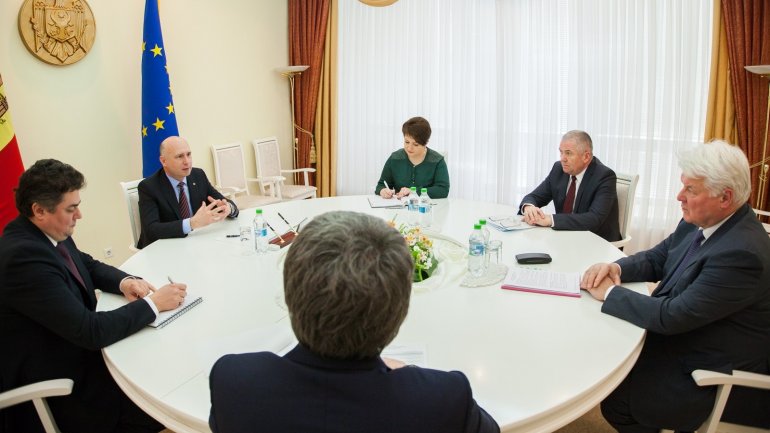 Prime Minister Pavel Filip has appreciated the decision of Russian "Gazprom" to extend contracts for supplying natural gas to Moldova for another 3 years until 2019, in conditions similar to previous years, which will allow us to benefit from a lower price compared to 2016.
During this period, it will be a decision on debt restructuring Moldova's historical natural gas delivered.

The prime minister held a meeting with Vice President of Gazprom Board Valery Golubev.

The Chief Cabinet noted the development of the Moldovan-Russian relations, including constructive talks held with Russian President Vladimir Putin and Prime Minister Dmitry Medvedev at the CIS meetings. Boosting bilateral dialogue, in his opinion, has contributed to meeting the Moldovan-Russian joint intergovernmental commission for trade-economic cooperation, which was held in Moscow in November 2016.

Prime Minister Pavel Filip specifically highlighted the cooperation between Moldova and the Russian Federation in the field of natural gas.

"Curently, Moldova pays on time its current consumption of natural gas, we have no arrears. When there is a will, problems can be solved" , said Pavel Filip.

In turn, deputy Board of "Gazprom" Valery Golubev, welcomed paying 100% of the current consumption of natural gas to Moldova, noting that this is a good foundation for further development of bilateral cooperation in this sector.
AFLĂ imediat Știrile Publika.MD. Intră pe Telegram