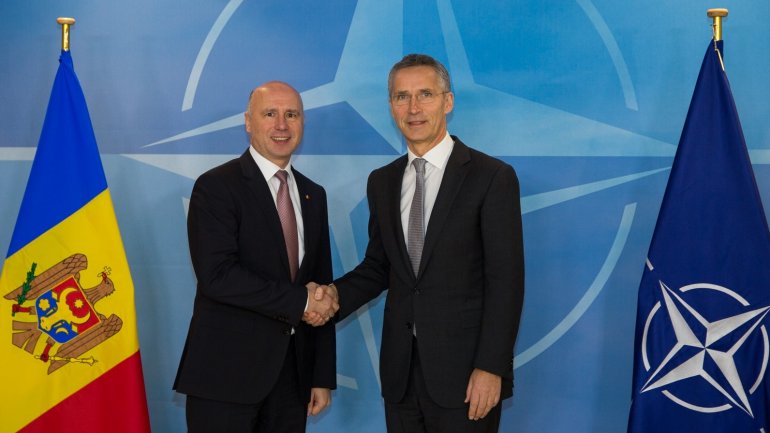 While in an official visit to Brussels, Prime Minister Pavel Filip met with NATO Secretary General Jens Stoltenberg, at the NATO Headquarters, and signed for the establishment of a NATO Liaison Office in Chisinau.

"I am certain that the opening of this office will help tap the potential of cooperation with the Alliance by implementing existing initiatives, NATO programs and new projects realized with the support of the Alliance" , said Pavel Filip on this occasion.

During the event, the Prime Minister highlighted the interest of our country on strengthen the political dialogue and practical cooperation with NATO in the spirit of Partnership for Peace under constitutional neutrality of Moldova.

"The objectives of this cooperation are reflected in the provisions of the Individual Partnership Action, IPAP, which our country implements it in 2006" , said the prime minister.

"I want to note the recent launch of three major projects for Moldova within the Science for Peace and Security." , said the prime minister.

In turn, NATO Secretary General Jens Stoltenberg said that NATO Liaison Office is a civilian one and the North Atlantic Alliance respects the neutrality of Moldova's territorial integrity and sovereignty.

"We focus on cooperation with Moldova. Moldova's stability and prosperity is important for NATO", said Jens Stoltenberg. According to NATO Secretary General, NATO Liaison Office in Chisinau could be inaugurated in spring 2017.