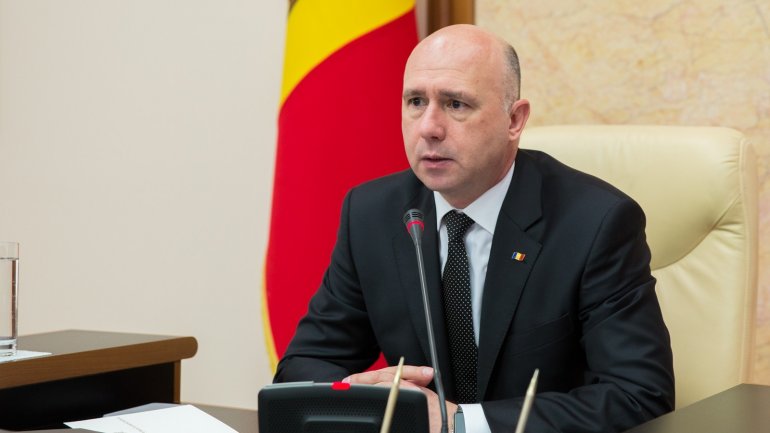 Prime Minister says that this document is evidence of the fact that Moldova has regained credibility with external partners.

"Regarding the IMF program, I don't think it's time to rejoice or complain too much. The truth is that until now we have been in a situation of an economic crisis started in 2015.

Now, after the approval of the IMF agreement is a start for reforms. Along with my colleagues we will start implementing new reforms.

Thanks to this program, the population is assured by the Government and international partners that the reforms needed in the country have the financial and political support, so things will change for the better. This is the most important message conveyed by the IMF.

This program provides funding of reforms in Moldova for a period of three years through the Extended Credit Facility and Financing. The program also means, the possibility to unlocked the external financing from the European Union and the World Bank, Moldova has credibility again, as confirmed by the many messages received from external partners.

Our work, started at the beginning of the year,  has now materialized thanks to this agreement" , said Prime Minister Pavel Filip.

Pavel Filip also said that the IMF decision is not a surprise, because the Government, together with the National Bank and Parliament have worked extremely hard for this program funding to be approved, complying with all preconditions set by the IMF:

"This decision it's not a surprise for us. Maybe it's a surprise for the skeptics who wanted us to fail, which would have been a very critical situation for the population and the country in general.

We have complied with all preconditions and have had several rounds of discussion to reach this agreement. During this time we have proved that Moldova has a responsible Government, we are transparent and can keep our word. We worked as a team both with the Government and members of the National Bank, and those of Parliament. We followed the reforms and modernization way of our country. This agreement is a very strong sign for Moldova. "

According to the Prime Minister, citizens will be the main beneficiaries of this program and will be informed in detail on the money used:

"This program is primarily for the benefit of Moldovan citizens and the country in general. The implementation of this program and the reforms provided will contribute to the welfare of Moldovans. The IMF text program with the IMF will be made public in the coming days, so the citizens will be informed about the commitments and priority areas. We will explain step by step what are the money used for and there will be transparently in the state reform. Along will my colleagues, we will answer any questions.

PUBLIKA.MD recalles that the IMF's meeting of the Board of Directors, approved by unanimous vote, the program with Moldova for a 3 year period.