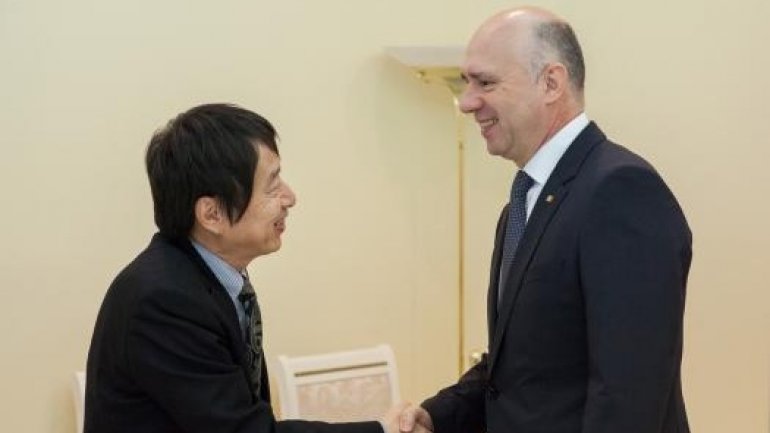 Prime Minister Pavel Filip today met Japanese Ambassador to Moldova Masanobu Yoshii. The officials made a retrospective of Moldovan-Japanese cooperation relations and pointed out the possibilities to boost the collaboration in the areas of mutual interest, the government’s communication and media relations department has reported.

Filip thanked the Japanese government for assistance and support. At the same time, he said the Moldovan authorities opted for deepening the bilateral relations and diversifying the trade exchanges between the two countries.

“The government’s activity programme for 2016-2018 sets the use of cooperation potential between Moldova and Japan as a priority of foreign policy. The bilateral relations are based on common values, friendship and mutual respect, and we are open for boosting them,” the premier said.

For his part, Masanobu Yoshii said that more business people from Japan were going to visit Moldova in order to study the possibility of initiating business in the country. At the same time, he underlined that it was important for investors to ensure stability and democratic development of the country. He added that there were already many successful stories of Japanese investments in Moldova.

The officials also exchanged opinions about the reforms promoted by the Moldovan government in the justice and financial-banking sectors, as well as about developments in the relations between Moldova and foreign partners, including the International Monetary Fund.