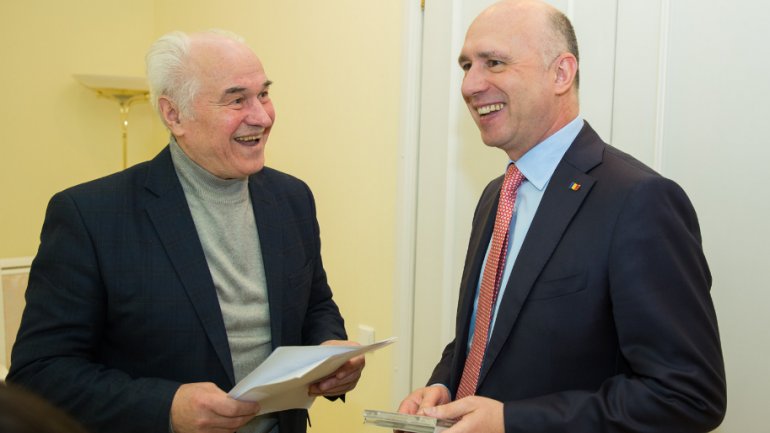 The prime minister conveyed his congratulations to the composer on occasion of winter holidays, wishing him good health and creative inspiration. At the same time, Pavel Filip was interested in the work of the master, pointing out his great appreciation for his talent and for his contribution in promoting the image of Moldova abroad.

At his turn, master Eugen Doga thanked for the offered support, noting that people being our most important resource and necessity the talents to be supported.

The parts also discussed about the possibility of government involvement in the organization of several cultural events for the 80th anniversary from the birth of composer Eugen Doga. Prime Minister Pavel Filip said that the government would support those events and would analyze all the possibilities for involvement, including the financial ones.