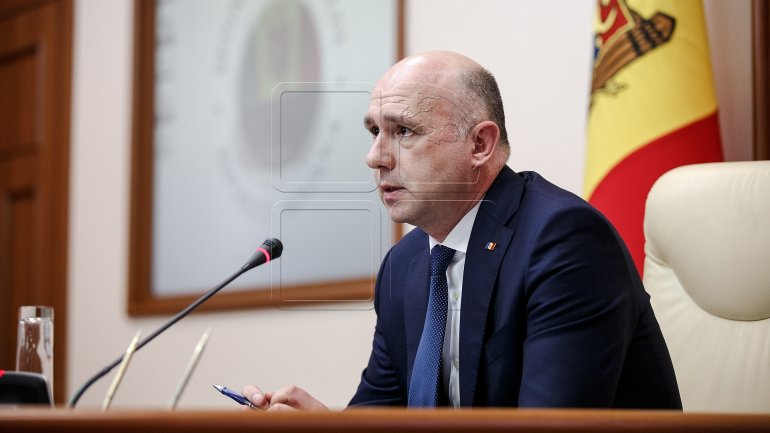 Fight against corruption is one of the priorities of the Filip Government program. And for the arrests and searches which took place recently at border-crossing points, in police and other institutions cannot have any effect if the authorities will not give in exchange conditions necessary for work. This is the opinion of prime minister Pavel Filip.

During the Government meeting, the prime minister announced that in order to fight corruption in our country, reforms in public administration are needed.

"After all analyses conducted in this period, we reached the conclusion that this vicious circle has to be broken. To have less public officials, but who will have a better salary and who will do their work honestly. We will have a smaller Chancellery, but a better paid one. After the State Chancellery, we will carry out the Government reform, but we will keep the budget. With a reformed Government we will carry out the reform of the local public administration. We will have better paid officials with whom we will work better" said the prime minister Pavel Filip.

"We started with searches because we have to act simultaneously. We cannot fight the corruption without offering in exchange necessary conditions for work. I want to request from the Ministry of Finance, Ministry of Labor, and Ministry of Internal Affairs to find all the possibilities during a week, which when applied, can offer better salaries" said prime minister Pavel Filip.

PUBLIKA.MD reminds that yesterday, 31 October 2016, 30 persons have been detained as a result of searches conducted at Sculeni and Leuseni border-crossing points. They are 14 customs officers, 3 border policemen, 6 economic agents, and 7 drivers. They are suspected of corruption.