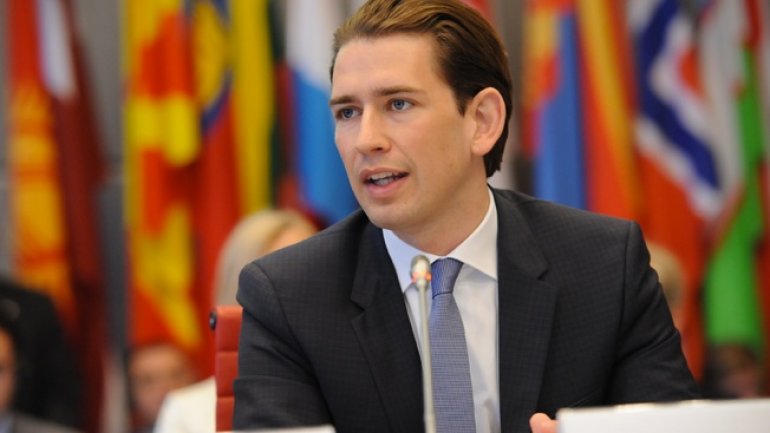 The Transnistrian region conflict and the strengthening the relations between the two sides was the main topic of discussion at the meeting this morning, January 4th, with Prime Minister Pavel Filip and acting chairman of OSCE, Sebastian Kurz.

The Chief Executive has reiterated the authorities to replace the peacekeeping mission in the region in a civil, under a UN mandate.

Prime Minister Pavel Filip said that negotiations in the "5 + 2" format must continue. Chief Executive was referred to the need to develop a special legal status for the Transnistrian region as part of Moldova.

"I am confident that 2017 will be more consistent in events and will bring fruitful negotiations on regulating the Transnistrian region conflict including by intensifying meetings in the "5+2" and "1+1" formats" , said Prime Minister Pavel Filip.

The prime minister also tackled the subject of illegal presence of Russian military in Transnistrian region.

"We hope that the Austrian Presidency and the OSCE mission in Moldova will take relevant attitudes on the illegal presence of Russian troops in Moldova," added Prime Minister Pavel Filip.

In turn, the acting chairman of OSCE has referred to the economic and social situation of the rezidents of Transnistrian region.

"We are concerned with improving the living standards of people in the region. I'm talking about areas like telecommunications, education, transport and access to their agricultural land" ,  said the acting chairman of OSCE, Sebastian Kurz.

The President of the OSCE, also foreign minister of Austria, came yesterday, January 3rd, in our country. He had a meeting with President Igor Dodon and will visit the Transnistrian region during the day.