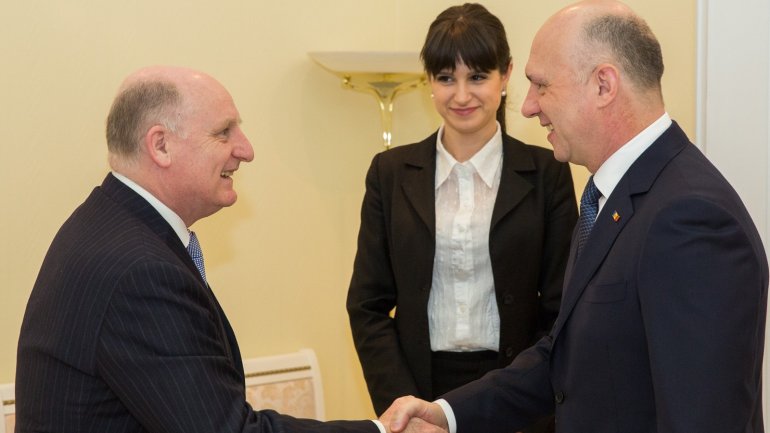 Prime Minister Pavel Filip met with Ambassador of the Kingdom of Belgium to Moldova residing in Bucharest, Thomas Baekelandt. Both parts noted that the Moldovan-Belgian relations are rising in the right direction and the bilateral dialogue is very good.

The prime minister highlighted the full commitment of the Government to implement the reform agenda under the Association Agreement, stressing that Moldova further relies on the support of Belgium in its efforts to modernize.

Pavel Filip highlighted the cooperation in local affairs, while referring to the successful bilateral projects.

The prime minister mentioned the importance of social security cooperation between the two countries, and spoke about the Government's reform agenda, the implementation of which the authorities rely on support from development partners.

In turn, the Ambassador of Belgium in Moldova, Thomas Baekelandt, emphasized the dynamic nature of bilateral relations. The official reiterated his country's support for the European course of the Republic of Moldova and its efforts to rallying European standards.

Currently, 32 bilateral and other 3 draft agreements are being examined between Moldova and Belgium.
AFLĂ imediat Știrile Publika.MD. Intră pe Telegram