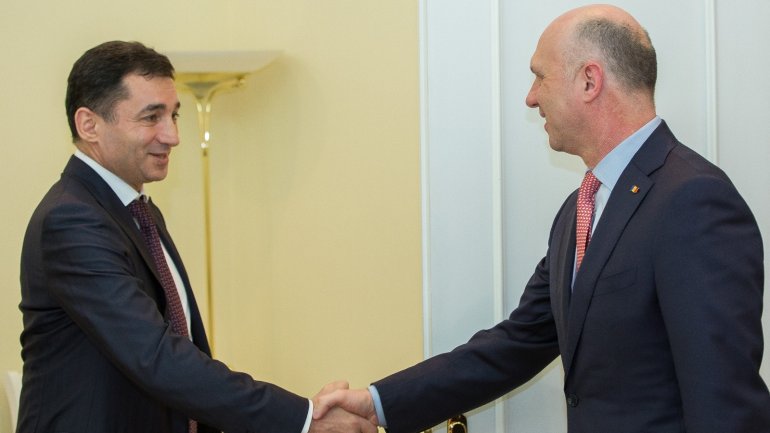 The officials discussed the progress in the bilateral partnership and the possibilities for boosting the Moldovan-Azeri relations, including the increasing investments in our country.

The prime minister appreciated the results achieved during the 25 years of diplomatic relations between Moldova and Azerbaijan, stressing that Chisinau authorities are open to deepening mutually beneficial cooperation.

Meanwhile, the Head of Government noted that the possibilities for boosting bilateral dialogue were discussed during the meeting with President of Azerbaijan,Ilham Aliev, held in Bishkek back in autumn 2017.

The head of the Cabinet of Ministers spoke about the reforms launched by the government, stating that their role is to improve the business environment and raising the living standards of Moldovan citizens.

"We will provide the necessary conditions for investors to feel comfortable in Moldova, this will allow us to develop the national economy, to accumulate more money from the state budget and, finally, to launch several social projects" , stated Prime Minister.

In turn, the Ambassador of Azerbaijan in Chisinau said that although his term began just three months ago, he was able to learn more about our country and was impressed by the people here.

Similarly, the official noted that the Azerbaijani diaspora in Moldova have been actively involved in social and political life of the country.

Meanwhile, the Azerbaijani diplomat welcomed the reforms launched by the Government, noting that he will make efforts to develop bilateral relations.

The officials also exchanged views on the importance of reviving activity of the intergovernmental commission for trade-economic cooperation and the possibility of organizing a business forum with participation of businessmen of the two countries.