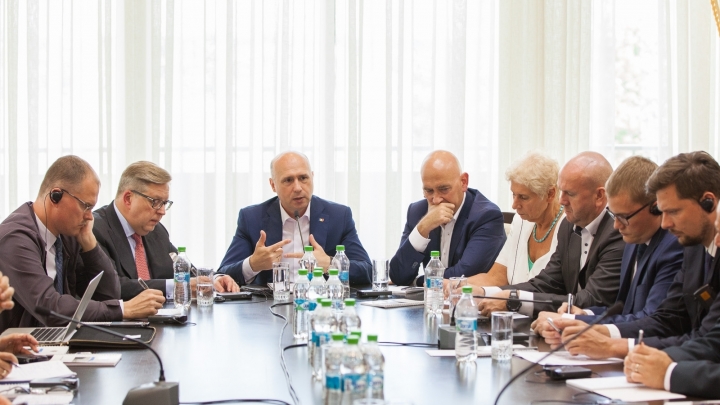 The results of the reforms implemented by Moldovan Government are visible both nationally and internationally. At the same time, relations between Moldova and European Union developed a lot in the last period.

The declaration was done by the chief of EU delegation in Chisinau, Pirkka Tapiola, during a work meeting with prime minister Pavel Filip, high-level councilors, delegated by the European Commission.

The prime minister thanked the experts for their active participation in the reforms implementation and said that he wants to have open and specific discussions regarding problems identified in state institutions.

The European experts had a series of proposals of right measures which might be taken for the stabilization of situations in various fields.

26 high-level councilors were delegated in our country in the framework of the project “European Union mission of counselling in public policies for Moldova” in order to assist the authorities in the implementation process of Association Agreement provisions.