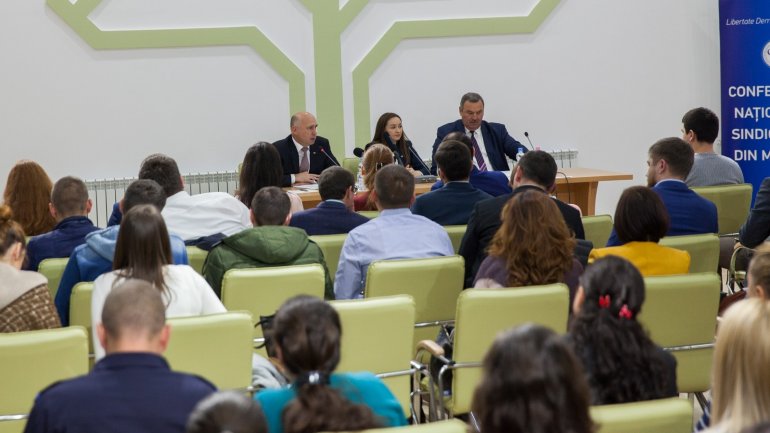 Prime minister Pavel Filip talked with young representatives of the National Trade Unions Confederation in Moldova on prerogatives of the activity of Ministers’ Cabinet in supporting young people and policies promoted by the state in the social, economic fields and supporting entrepreneurship.

The Prime Minister conveyed an encouraging message for the participants at the meeting, stressing their key role in the country's development and sustainable growth of society.

"Young people shape the future of the state and bring added value to our country. Securing the economic stability and creating an attractive environment for investors will allow us to solve complex problems that exist and will give us new opportunities to support initiatives and promote the interests of young people from Moldova" said the prime minister.

Pavel Filip also spoke about the measures taken by the Government to increase citizens' welfare, socio-economic rights protection and to facilitate employment of young people into work, to make full use of their skills and professional competences.

Young trade unionists have expressed support for reforms promoted by the government and called for establishment of an active partnership oriented to overcoming current difficulties and increase the role of young people in society.