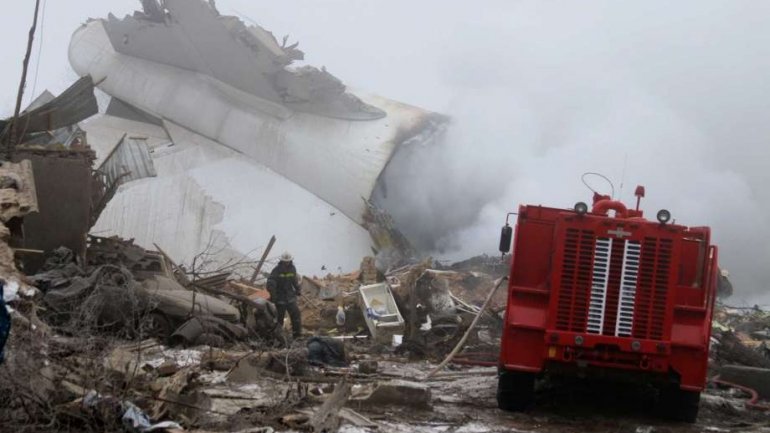 Prime Minister Pavel Filip has sent condolences to President of the Kyrgyz Republic, Almazbek Atambaev, and Kyrgyz Prime Minister, Sooronbai Jăănbekov in connection with the tragic plane crash in the morning of January 16th.

In his message, the prime minister says he received with deep sorrow the news of the tragic plane crash in Turkey, which caused the death of dozens of people.

However, Pavel Filip expressed his sympathy to the families and relatives of those who have suffered, stressing that Chisinau authorities are with the Kyrgyz people in these difficult moments.

"I express my compassion towards relatives of persons who have suffered following the tragic accident and we wish speedy recovery to all injured" , reads the message signed by the Premier.

Publika.MD recalls that a Turkish cargo plane from Hong Kong has crashed in Kyrgyzstan, killing at least 32 people, most of them on the ground. The Boeing 747 crashed into homes near Manas airport, about 25km (15 miles) north of the capital, Bishkek, the Kyrgyz government said.