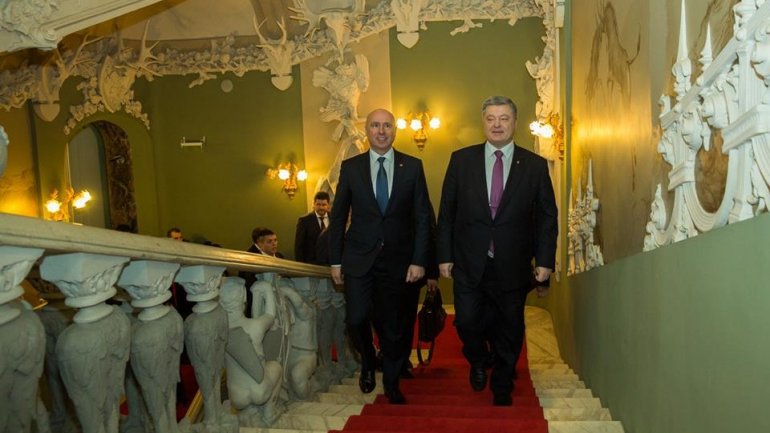 Chisinau authorities support Ukraine's territorial integrity and calls for a peaceful resolution of the conflict in Donbass. The statement was made by the chief executive at a meeting with Ukrainian President Petro Poroshenko.

"I reiterated Moldova's willingness to continue to support Ukraine in its efforts to resolve by means of political and diplomatic crisis in Donbass. Moldovan government is willing to provide necessary assistance in organizing rehabilitation for a group of children who had suffered from armed conflict in the eastern regions of Ukraine " , said Prime Minister Pavel Filip.

In turn, President of Ukraine Petro Poroshenko said that will support Chisinau in its efforts on withdrawal of Russian troops from Moldova.

"The Russian army continues to stay in Moldova and the reunification will be possible only through joint actions. Ukraine will do everything to support the territorial integrity, independence and sovereignty of Moldova. Ukraine will be active and decisive, including in the negotiation of 5+2 format" , said the President of Ukraine, Petro Poroshenko.

The two officials also discussed the creation of the first joint customs points at the Moldovan-Ukrainian border.

"The mutual willingness to continue efforts to carry out joint control at the crossings of the border crossing points has been confirmed. We also discussed of the opening of the bridge for car traffic and passenger transport" , said the Prime Minister of Moldova, Pavel Filip.

According to authorities in Chisinau and Kiev, joint control at the Moldovan-Ukrainian customs will strengthen the fight against smuggling of goods.
AFLĂ imediat Știrile Publika.MD. Intră pe Telegram