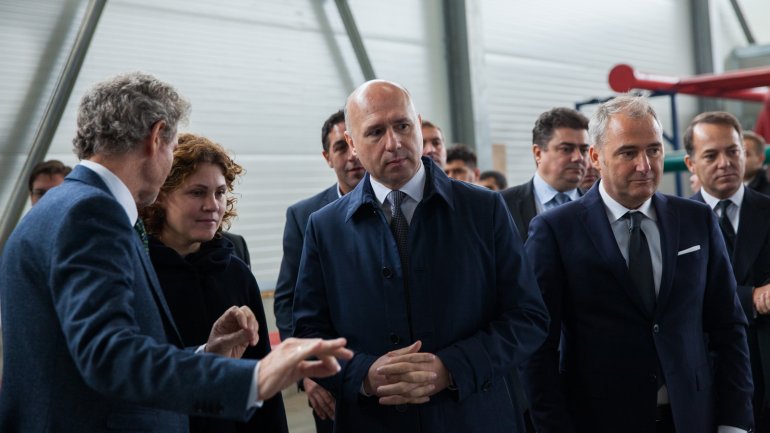 The prime minister Pavel Filip attended the opening of a cable factory of the Italian company "La Triveneta Cavi Development" in the industrial park of Straseni, sub-zone of Balti Free Economic Zone.

Currently, at the enterprise are created 49 new jobs, their number will be expanded to 200 in the near future.

The Prime Minister appreciated the decision to launch specific activity in Straseni, thus ensuring people in the region with a well-paid job.

“I want a Moldova where people live well from North to South and from East to West, without big economic disparities, I want to work together to create more poles of prosperity outside Chisinau. All government actions that we make every day have one goal - to attract as many investors, local and foreign, to create as many jobs. The government wants to be a partner of the private sector in creating jobs and prosperity for citizens” said Pavel Filip.

Also, the Prime Minister spoke about the reforms launched by the Government in order to transform the business environment in our country in an attractive one for investments.

Present at the event, the factory director from Italy, Fabio Fracasso, thanked the authorities for opening and offered support in expanding the production line in Moldova.

"This is a first achievement, which will start a cycle of new employment, which means more work, more production, new markets, and further growth in turnover", said the Italian entrepreneur.

The new-launched factory will produce electrical wiring of low and medium voltage for telecommunication, signaling and control cables and appliance industry and gardening products that will be exported globally.

The Italian company "La Triveneta Cavi Development" is one of the leading companies in the European market for the production of low and medium voltage cables for industrial and domestic sectors of energy distribution and renewable technologies.