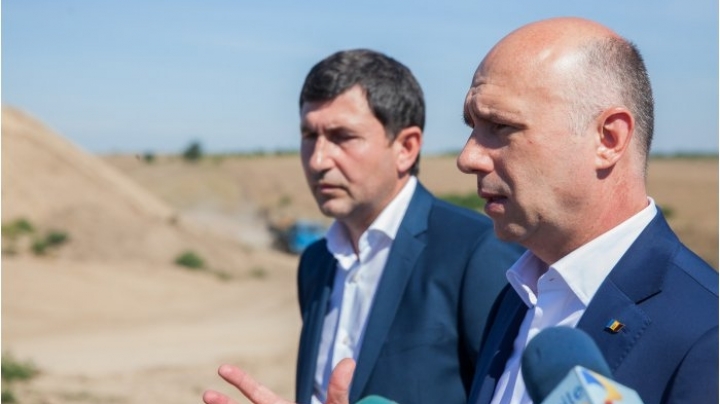 Set in a working visit to Anenii Noi village, Prime Minister Pavel Filip was documented today about the functioning of the gravel pit in Delacău village and inspected the roads in villages nearby said the citing office of communication and press relations department of the Executive Moldpres reports.

The prime minister said that it is vital that the activity doesn't cause discomfort to local inhabitants and entrepreneurs to engage directly in the repair of damaged section of the road.

"It's very good that there are careers that level up the economic activity in the district, jobs are created and salaries are paid. However, we must not forget that part of the work done in discomforting the citizens. This is a problem that we must solve and need to see how each party can contribute to this process: operators, local government and government" , the prime minister said.

The head of the Executive said that the activity of each 20 quarries in the village needs to be analysed together with their legality.

Prime Minister Pavel Filip announced that a working group was created which will identify solutions to repair the road. A project is already developed and earmarks 190 million for the rehabilitation of road of approximately 31 kilometers. The head of the Executive has announced the possibilities for allocating the funds from the Road Fund will be analyzed, urging at the same time, public authorities and businesses to help finance the project.

In discussions, the leaders of the gravel pit have shown themselves open to collaborate and help repair damaged section of road. At the same time, the possibilities of opening the bypass routes for transporting deposits was analyzed.

In the Anenii Noi are extracted about 65% of the total quantities of sand and gravel in Moldova.