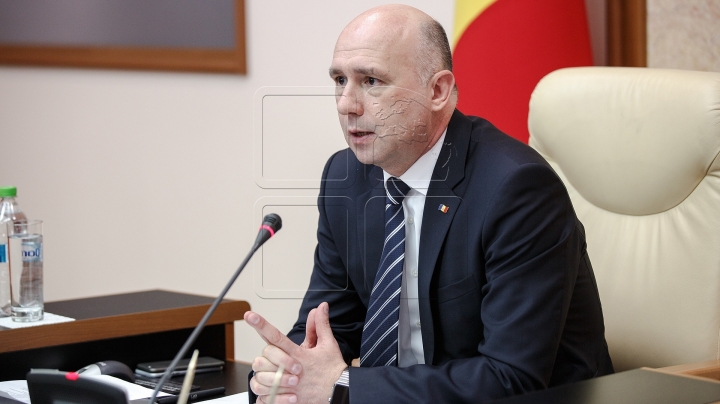 Prime minister Pavel Filip has advised the ministers to discuss with citizens and to show maximum responsibility in order to solve their problems. The prime minister told them that the dialogue is the solutions’ key, not when some of them are in offices, and others are on the street.

According to him, many times the solutions are very simple and are connected to a better organization of things. Other times, they are more complicated because they need additional financing from the budget, and then people will need explanations on the situation and will need alternative solutions to be presented to them, said the prime minister. Pavel Filip told them that some protests are used in electoral aim and advised them to not answer to the provocations.

“We are now in electoral campaign and some protests are not that honest as they say. But aside this, there are people protesting for real. There have been heard many voices, even during this week, which is why I ask you to be open. There are political groups wanting the destabilization of the situation in Moldova. Strangely enough, worse the situation, better for them. This means that the electoral interest is put higher than the interest of the citizens. And these people want to govern” declared the prime minister Filip.