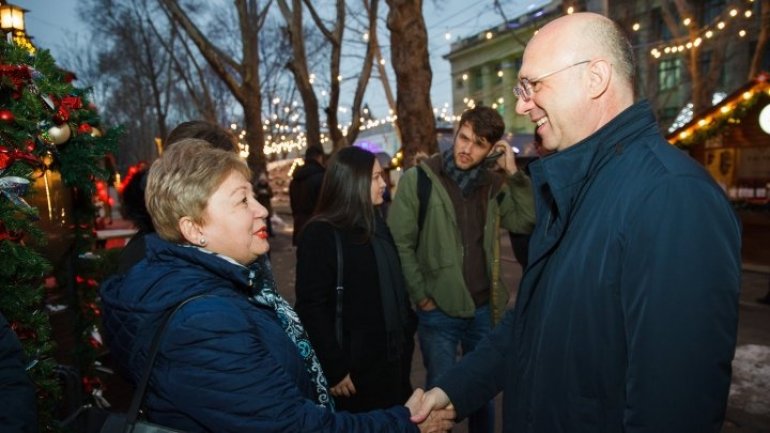 Prime Minister Pavel Filip had a meeting today with the Diaspora representatives, in their visit to the Christmas Fair organized for the first time by the Government of the Republic of Moldova.

The dialogue was friendly and open. Pavel Filip mentioned the government's actions in making European pathway irreversible and living conditions of the citizens to reach EU countries' level.

In particular, the prime minister referred to the reform in public administration, education system as well as the measures taken to support the business environment and create well-paid jobs.

Diaspora representatives appreciated the Government's actions and expressed their willingness to share their abroad experience and promote the country image in the world.

In addition, they hailed the organization of the Christmas Fair, noting the fair is similar in other European cities. The slogan Christmas House is really tempting.

At the end of the meeting, the Premier said he always wanted to have discussions with Diaspora representatives.

"It is important to hear what your opinion is about the Government's activity and if you have suggestions for the Government Program," concluded Pavel Filip.