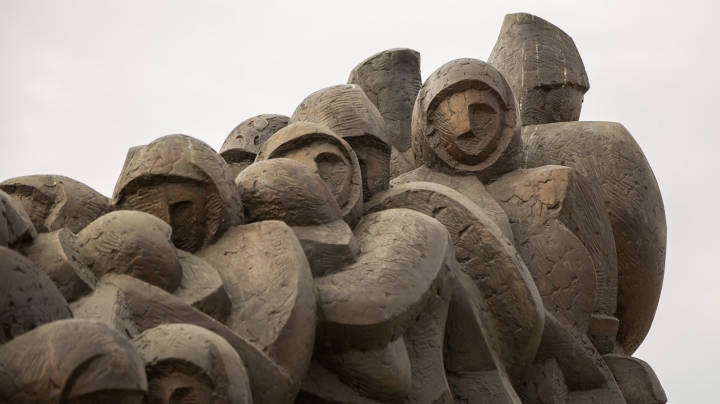 Prime Minister Pavel Filip today morning laid flowers at the Pain Train monument at the Chisinau-based railway station, built in memory of the victims of the second wave of Commmunist regime's deportations from 1949. Attending the event were also Parliament Speaker Andrian Candu, cabinet members, parliamentarians, men of culture, as well as people  who had suffered in the wake of deportations and their relatives.

“It is a moral duty to commemorate the victims of the deportations. The date of  6 July 1949 was the culmination of the terror of deportations, when more Moldovans representing the elite of our country in the fields of medicine, education, culture, as well as other wealthy people from rural areas were deported to Siberia. This day will remind us those tough lessons of history and, in my opinion, politicians must draw the necessary conclusions, so that we have tolerance in society and do our utmost, in order that these deeds never happen again,” said Pavell Filip.

Sixty seven years ago, on the night of 5 to 6 July 1949, the Soviet authorities deported 11,293 families or 35,000 people: men, women and children from Bessarabia to Siberia and Kazakhstan. Many of the deportees did not return home.