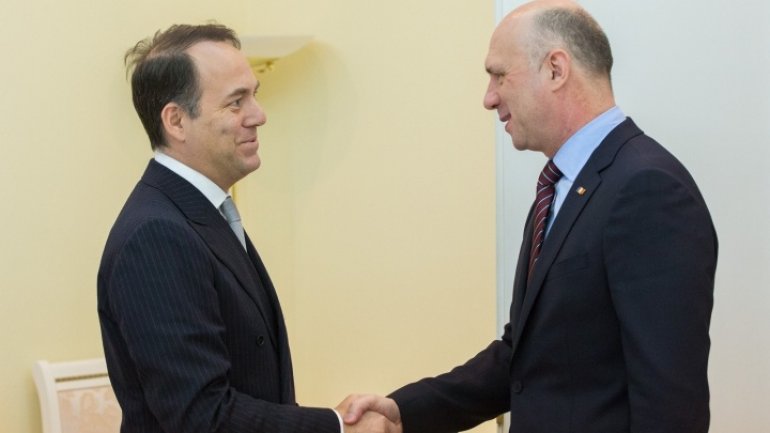 Deepening the Moldo-Italian cooperation in fields as trade, economy and society has been broached at today’s meeting between Moldovan premier Pavel Filip and Italian ambassador to Chisinau Enrico Nunziata.

The Moldovan Prime Minister has thanked for the ambassador’s contribution to strengthening the relations between the two countries and has congratulated him for being decorated with the Meritul Civic medal.

Enrico Nunziata has appreciated the reforms carried out by the Chisinau Cabinet, especially the conclusion of the deal with the International Monetary Fund and unfreezing the external financing and regaining the trust on behalf of the development partners.

The officials have also touched upon the efforts channeled by the Government towards easing entrepreneurship and attracting foreign investment.

The Italian diplomat says the Italian business people are willing to invest in Moldova, given its strategic positioning and export opportunities both to the east and to the west.