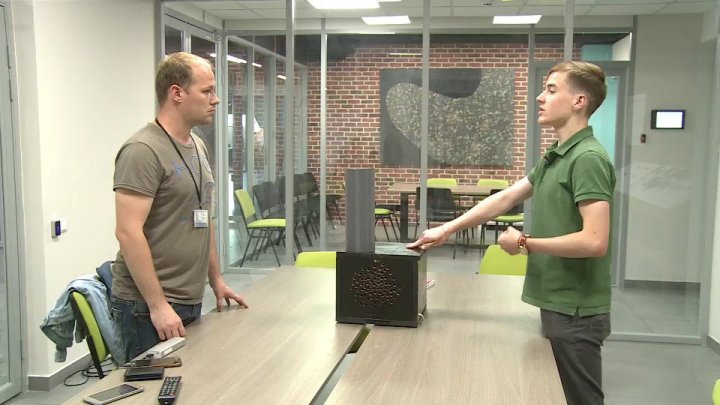 Moldovan student, Sandu Chiriţa has won the second place in a IT competition from United Nations. The student, 18, has created a program that can automatically check the signal quality of mobile operators. There are similar programs, but the one he created is the most effective.

Sandu Chiriţa although still a student, has managed to work with a telecommunication company in the country. There, he realized there was a need for a program to help operators better determine where they were breaking the quality of mobile telephone.

The young man says that thanks to this program, telecommunication companies could save a lot of money.

"The telephone companies make a lot of money to analyze the quality of services and use a lot of human resources. The algorithms that would solve this problem are not effective," said Sandu Chiriţa, winner of the second place.

Brothers Artemie and Vladislav Mitioglo participated in the competition in the field of pollution control with the help of nanotechnologies. The boys created a special device that filters 93 percent of the air.

"It is a filter that contains three layers of filtration, the first layer is silica gel that absorbs air humidity, the second layer is activated carbon that absorbs carbon dioxide, the third layer is a layer of nano crystals FE2 O3. "said contest participant, Mitioglo Artemie.

Even if they did not get a seat in the contest, the Mitioglo brothers hope the device they create will be mass produced.

"This filter, which can clean a surface of 70 square meters, we gave no more than $ 10," said contest participant, Vladislav Mitioglo.

The success of young people was appreciated by the Ministry of Education, which financially supported their departure to the US.

"This competition gives them the opportunity and the advantages of participating in the admission to the most prestigious technical universities in the world. The judging commission is the best experts, including Nobel Prize laureates," said the head of the Evaluation and Curriculum Agency, Lilia Ivanov.

In total, over 1,750 students from 80 countries participated in the contest.