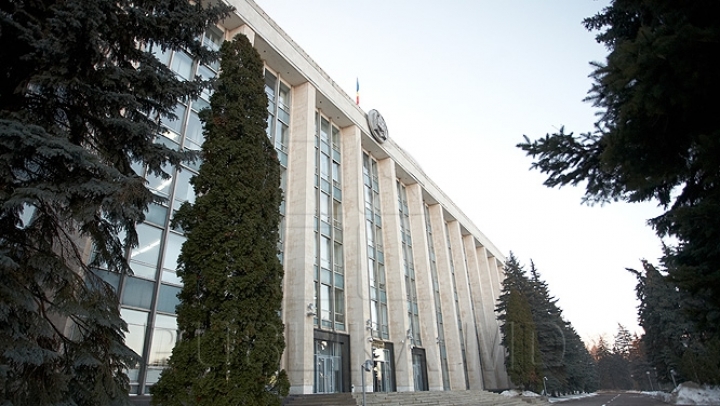 The Liberal-Democrats, declaring themselves pro-European, have signed a no-trust bill against the Government, together with three Communists. The bill was drafted by the pro-East Socialists.

They want to dismiss the Filip Cabinet, although they do not believe the bill will pass. It is to be considered in the Parliament next week, as the ministers are to present themselves in the Parliament.

The bill was signed by 24 Socialists, 7 Liberal-Democrats and 3 Communists.
The Socialists decided to initiate the no-trust vote after the Parliament had rejected their proposal to hear a report by premier Pavel Filip.

The Liberal-Democrats signed the motion arguing they did not want to back the Filip Government. Speaker Andrian Candu, however, rebuked them they did not hesitate to ask for money for their party from the Government.

He has reminded them the Cabinet had okayed the draft law – proposed by the PLDM – to use state money to pay room rent.

"The Parliamentary majority stretched you a hand yesterday, and now you respond with a fist. Is this for the country’s benefit? Thank you very much," said the Parliament president.

MP Dumitru Diacov found the left-wing forces and the Liberal-Democrats had practically set up an alliance within the Parliament.

"Now things have turned clear within the Parliament. There are two coalitions: the ruling coalition and a coalition formed from these three parties. Finally, the Communists, the PLDM have joined the Socialists Party," he said.

The votes of 51 MPs are needed to dismiss the Filip Government.