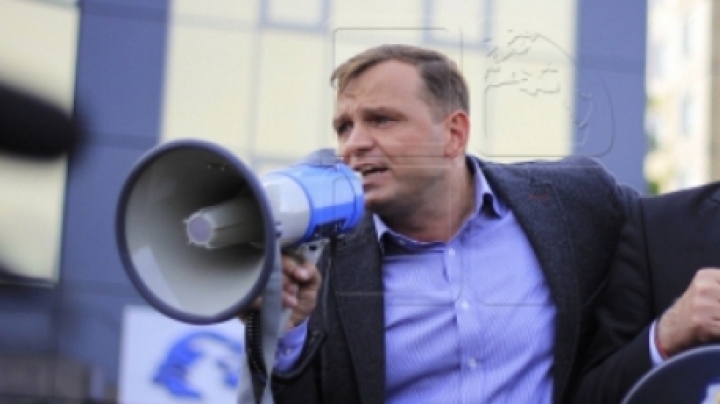 As her son Andrei Năstase spends millions, lives in luxurious houses and drives expensive cars, his mother saves money from her pension for a surgical intervention.

Living in a modest house in Telenești district, the old woman has no clue that, through bank accounts opened in her name, her son, the leader of the Dignity and Truth Party (DA) has sent abroad over 5,600,000 Moldovan lei (280,000 euros) for the last three years.

Last week, the portal Today.md found out in an investigation that a huge amount was transferred to the account of Andrei Năstase’s mother, through the agency of offshore companies. Besides those 100,000 euros, got directly from Aero Flight Limited, other money of dubious origin got into Ana Năstase's accounts of. All in all, using the name of Andrei Năstase’s mother, over 5,660,000 lei were transferred. The DA Party leader’s mother was stunned to learn about those millions.

Reporter: - Do you know of the millions of lei that your son transferred to you?

- Your son transferred you five millions.

-  Did you know about that money?

- He did? Tell him it’s not true, he put nothing (on my account). With my money from my pension I have now to go to be operated on."

Andrei Năstase did not deny he got that money, but declined to specify what he spent it on. Another leader of the DA Party, Stanislav Pavlovschi, recognized he was aware of that money: "The bank accounts of the family of Mr. president Năstase were made public. Anyway, the banks holding this bank secret are directly responsible to insure the confidentiality of the bank deposits."

What’s more is that the DA Party leader, secretly backed by the Țopa fugitive convicts, recognized he registered his Chisinau house on his mother. The building’s surface is about 200 sq.m. The dwelling may cost several million Moldovan lei in market prices.

Although being legally the owner of a million-leu house in Chisinau, Andrei’s mother leads a modest living, wearing simple clothes as do many elderly from the country-side. There is a picture showing her barefooted next to her millionnaire son. Here’s what her co-villagers say about the woman’s hard life:

"She’s old, poor her. She lives alone and I don’t think there could have been (that big money). His mother is single and does badly. "

Andrei Năstase’s co-villagers condemn his being involved in the affair and his registering his luxurious house to his mother’s name.

"They say the house is registered to his mother’s name. I think he did that not to be hold responsible legally."

"I don’t like them, they are young and the stole. They should return the money. Năstase, Filat and the like."

"Filat is his boss. It’s but a gang. You can see that. He must go to jail. He does not steal hundreds, or thousands, but millions. And this is out money!"

The Today.md journalists’ investigation has shown that the leader of the Dignity and Truth (DA) Party,  Andrei Năstase, is getting huge amounts of money from abroad, holds important estates in Moldova and Germany. The investigation also shows how Andrei Năstase is instructed by fugitive convict Victor Țopa, who’s also his wedding godfather.