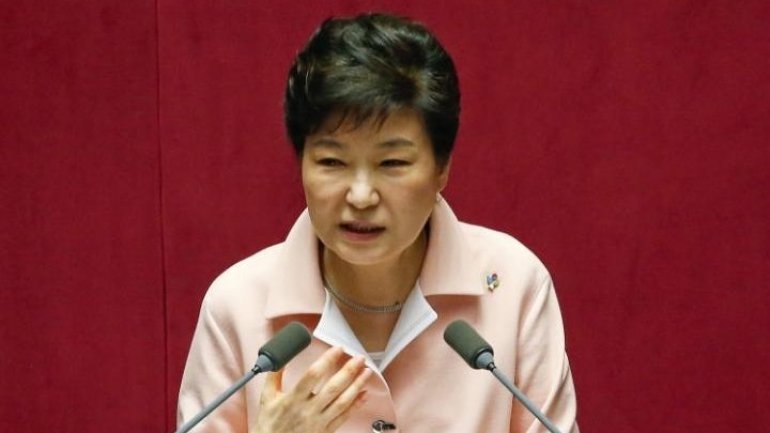 Pressure mounted on South Korean president Park Geun-hye to cede power on Tuesday after one of her chief political opponents launched a nationwide campaign to force her resignation over an explosive political scandal, The Telegraph reports.

Prosecutors are investigating allegations that Park's trusted confidante Choi Soon-sil, 60, used her ties with the president to strong-arm donations out of major companies to foundations used for her personal gain, and to get her daughter preferential admission to an elite university.

Yesterday Moon Jae-in, the runner-up in the 2012 presidential election, demanded Park, 64, step down unconditionally. “We have reached an irreversible situation,” he said in a televised address.

Moon’s resignation calls have been echoed by the main opposition Democratic, or Minjoo, Party and other politicians who have hardened their stance since hundreds of thousands of people took to the streets on Saturday to denounce the president in the nation’s biggest protest in decades.

Scott Snyder, a Korea expert at the Washington-based Council on Foreign Relations said the public was forcing the pace of action over the controversy.