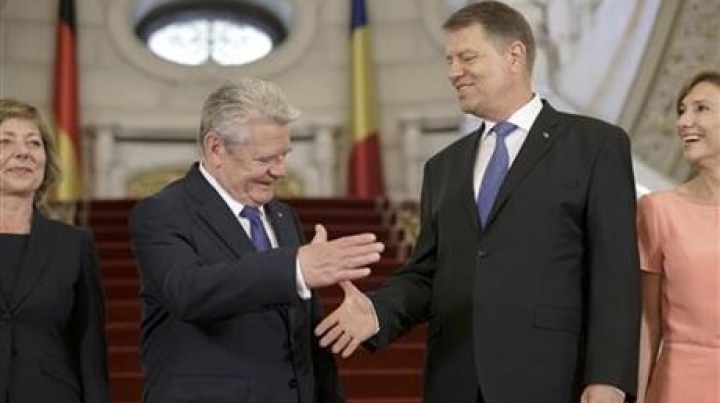 The presidents of Romania and Germany have discussed regional issues including the situation in neighboring Moldova and security concerns ahead of a NATO summit in Warsaw.

Iohannis said he discussed the Black Sea security situation with Gauck. NATO members Romania and Turkey want the alliance to have a fleet in the Black Sea, in the face of growing Russian influence, but another NATO member, Bulgaria, is opposed.