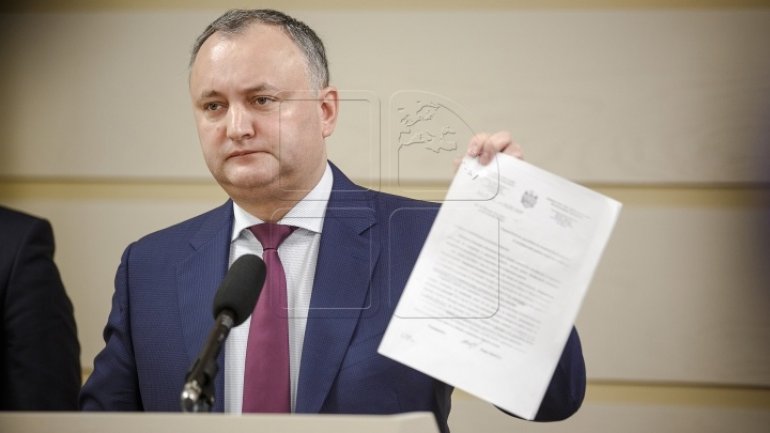 President Dodon’s draft on changing the Constitution has reached the Parliament and signed by those 24 Socialist (PSRM) MPs. Igor Dodon was their leader until becoming president.

But the draft needs 34 signatures to become a bill, and thus the Socialist deputies call on their colleagues to ink the draft.

The proposed document suggests several new conditions in which the head of the state may sack the Parliament.

For example, the president may dismiss the parliament in case the parliament declines to take into account the results of national referenda, or, if the deputies do not pass the budget law till the end of February.

Now the Constitution provides that the President may dismiss the Parliament only in case it fails to appoint a Cabinet or does not pass laws three subsequent months.