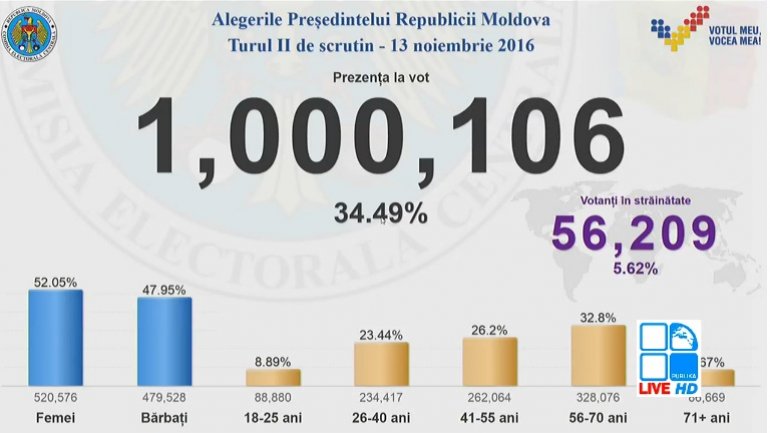 Moldovan citizens are more active in the second round of presidential elections.

According to official data, approximately 34.48-per-cent have voted until 2 p.m. In round I, the same number of voters was recorded around 3 p.m.

Just like in the first round, the most active voters are citizens of 56 to 70 years, and the most passive are the young people of 18 to 25 years old.