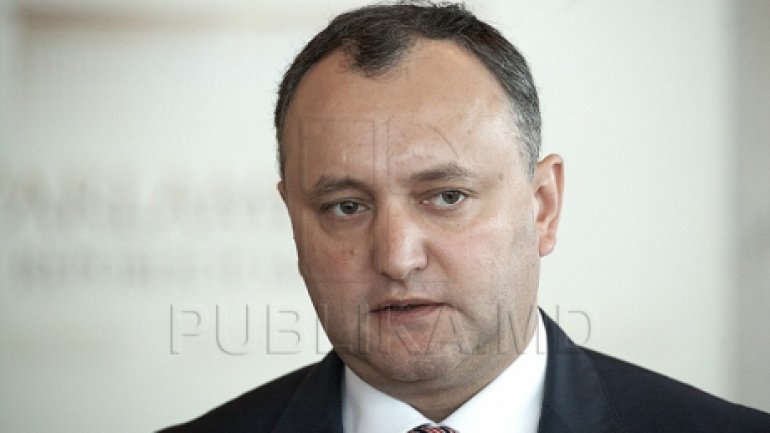 If there were a second round, I’d prefer a confrontation with Andrei Năstase. The statement has been made by the Socialists’ candidate Igor Dodon on social media.

Igor Dodon says thus the citizens will have to choose between two leaders who protested shoulder to shoulder:

"These two opposition leaders fought together against the oligarchical government, sometimes shoulder to shoulder, in cold and rain. Although we have different ideological views, I consider Andrei a partner in the anti-oligarchical struggle."

The PSRM leader says Andrei Năstase deserves to represent the political right wing: “Especially because he’s the second candidate by rating. He’s backed by tens of thousands of real people, who have won their right to put forward their own candidate, through their efforts.

“It’s unfair if he is forced, “democratically”, to yield in favor of a careerist, who served in all the Government from 2008 through 2015. While Andrei was protesting, Maia admired her nails at the Cabinet’s meeting."