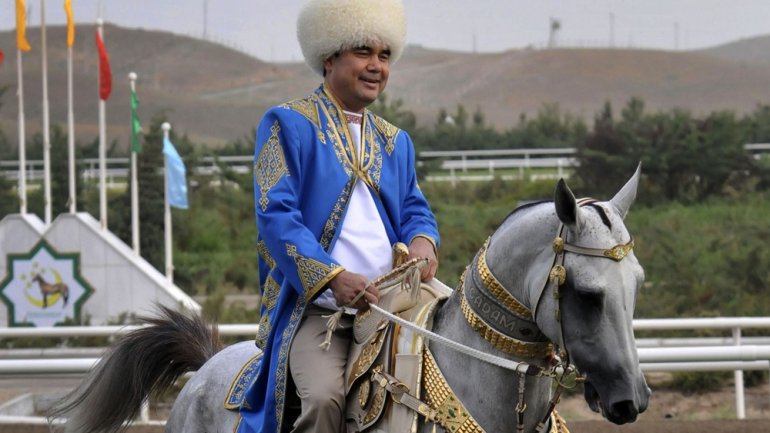 Turkmen leader Kurbanguly Berdymukhamedov is certain to secure a third term in office in Sunday's presidential election, maintaining his grip on power in the isolated gas-rich nation.

Berdymukhamedov, 59, has run the former Soviet republic of five million people with an iron fist for a decade after succeeding equally autocratic president-for-life Saparmurat Niyazov who died in 2006.

Berdymukhamedov, a dentist by training, has kept in place Niyazov's repressive political system which tolerates no political opposition or public expressions of discontent, while refocusing his predecessor's elaborate personality cult on himself.

While Niyazov was known as Turkmenbashi, the head of all Turkmen, Berdymukhamedov is often referred to as Arkadag, the protector. Gilded statues of both leaders have been erected in Ashgabat, the capital city.

Berdymukhamedov cast his ballot at a downtown polling station after arriving with his family, including his son Serdar who last year became a member of parliament after winning a by-election.