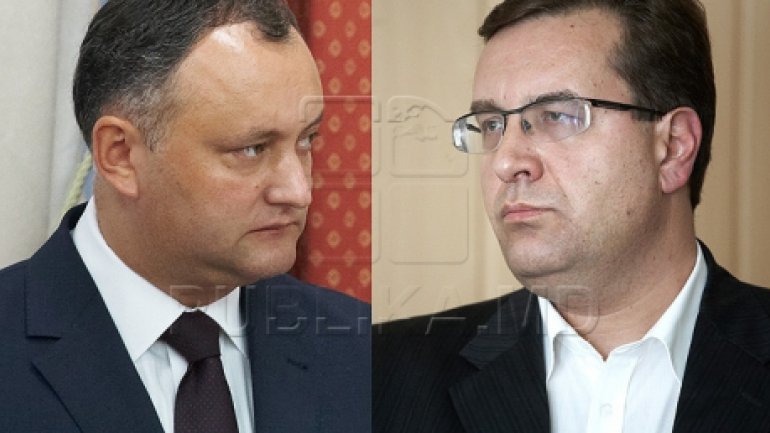 The socialist Igor Dodon thinks his opponent in the second round of presidential elections will be the Democrat Marian Lupu. That was the statement of PSRM leader when asked who he thinks will be in the second round along with him, considering the results of the latest opinion polls.

"If nothing changes from today on how people in villages work, most likely, he will be the candidate of governance in the second round" ,  said President of PSRM, Igor Dodon.

According to a public opinion survey, presented yesterday by the Intellect Group company, if held next Sunday presidential election, the second round would go to PSRM leader, Igor Dodon, and PDM Chairman, Marian Lupu.

The leader of the Socialists would win 33.5-per-cent of votes, while Democrat Marian Lupu 12.7-per-cent of the vote. Both politicians have risen in the polls and sociologists explain the tendency by the fact that they had an active and attractive campaign.