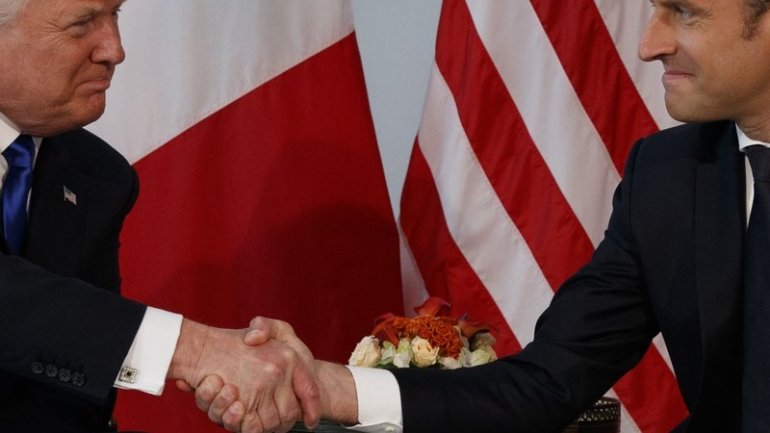 At their first meeting, ahead of a NATO summit in Brussels on Thursday, the two men locked hands for so long that knuckles started turning white.

Trump finally seemed ready to pull away — but Macron evidently wasn’t. The French leader held the shake for a few seconds more. Both men’s jaws seemed to clench.

Trump has described himself as “a germ freak” and called handshakes “barbaric.” In his 1997 book “The Art of the Comeback,” Trump wrote he’d “often thought of taking out a series of newspaper ads encouraging the abolishment of the handshake.”