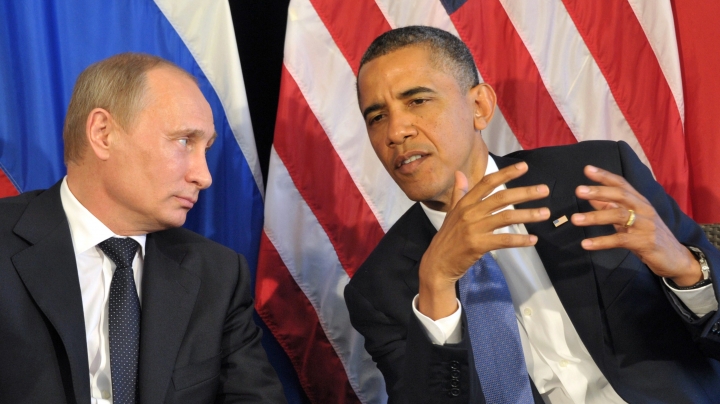 The United States is the only superpower in today's world and Russia accepts it. Moscow is even looking to cooperate with Washington, President Putin said on Friday, June 17 at the St. Petersburg International Economic Forum, according to Reuters.

"America is a great power - today probably the only superpower. We accept that," Russian leader stated, adding he is ready to work with whoever becomes the next President of the United States.

His surprising statement arrived amid a rift in relations between Moscow and Washington, following Russia's aggression in Ukraine's Donbas and Crimea.

Although Putin had some positive words for America, he also reiterated his accusations towards the White House. He said the role of the U.S. in Ukraine's affairs was misguided, adding Russia won't accept the United States' interference in what he called Russian domestic affairs.

"We don't want to be told how to live by Americans", Putin stated.

Commenting on sanctions, imposed by the West against Moscow, Putin again claimed the restrictions did more harm to the E.U., while American businessmen suffered little damage.

He said the U.S. were trying to prevent the E.U. from restoring the connections with Russia.