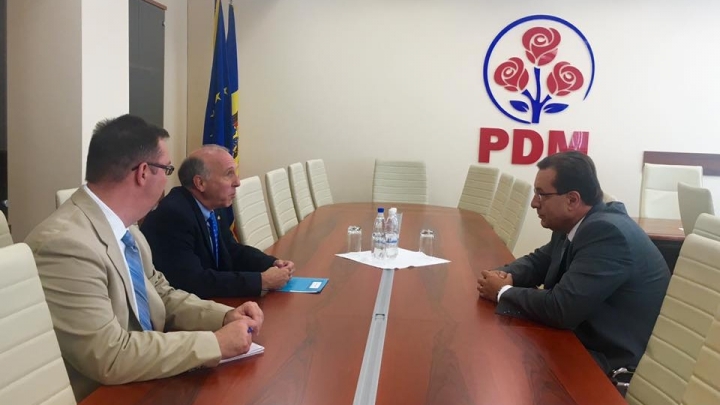 Today, the president of the Democratic Party of Moldova, Marian Lupu had a meeting with the Ambassador of the United States of America in Moldova, Mr. James D. Pettit.

The subjects discussed were the political situation in Moldova the political and the parliamentarian agenda for the next session, government achievements and the presidential elections.

Marian Lupu has announced this on his Facebook page.

Also they discussed shortly the progresses registered in Moldova, including the Agreement with IMF at expert level.

Marian Lupu has assured the ambassador that it is in their interest that the elections should be free, correct and transparent. Also it was mentioned that Democratic Party will have a nominee in the elections, and will compete for the victory.

The president of the Democratic Party also noted the cooperation between Moldova with the National Democratic Institute and the International Republican Institute from USA.