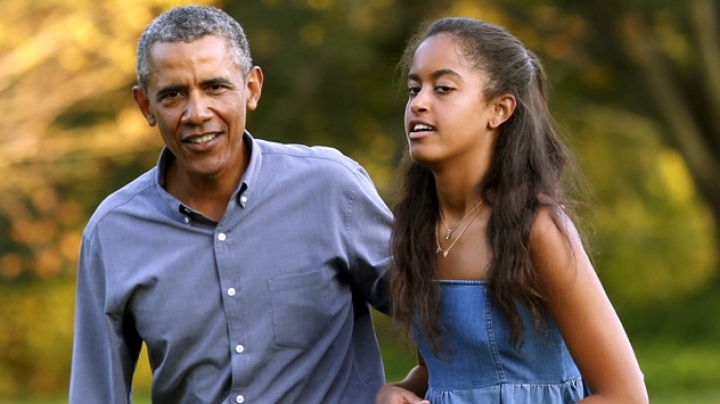 President Obama’s oldest daughter, Malia, is graduating from high school on Friday — a day the president says he has both welcomed and dreaded.

The 17-year-old is receiving her diploma from Sidwell Friends School, a private school in northwest Washington that presidential children typically attend.

It’s an emotional affair for the president, who said in January he turned down an invitation to speak at the ceremony because he is “going to cry.”

The proud father has expressed disbelief about how his daughter, who was only 10 years old when he entered the White House, will soon leave the nest.

“I’m not going to talk about the fact that my daughter leaving me is just breaking my heart,” he said during a speech last week in Elkhart, Ind.

Malia is set to attend Harvard in the fall of 2017. She is taking a “gap year” before heading off to college. The White House hasn’t said how she’ll be spending her time.

The Obamas will remain in Washington after they leave the White House next January so their 15-year-old daughter, Sasha, can finish school at Sidwell, The Hill writes.