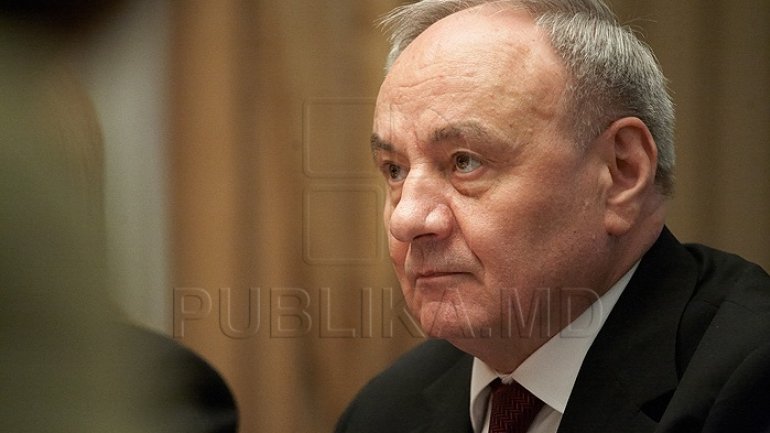 The President Nicolae Timofti has chaired today, December 21st, the last meeting of the Supreme Security Council in this composition. The Head of State spoke about the economic situation in the country and thanked the members for helping to maintain the security under his leadership.

Finally, Nicolae Timofti has adviced his successor, Igor Dodon, who will be sworn into position on December 23rd.

"I think the new composition of the Security Council will make decisions based on the position exposed by the new president. I hope a god neighborly relations will be maintained along with the regional security and I'm sure he will change his position maintained during the electoral campaign." , said President Nicolae Timofti.

By law, the new President will set a new composition of the Supreme Security Council.

Alexei Barbaneagra, the current Secretary of the Council and Ion Paduraru, secretary general of the Office of the President will not be part of the new structure.
AFLĂ imediat Știrile Publika.MD. Intră pe Telegram