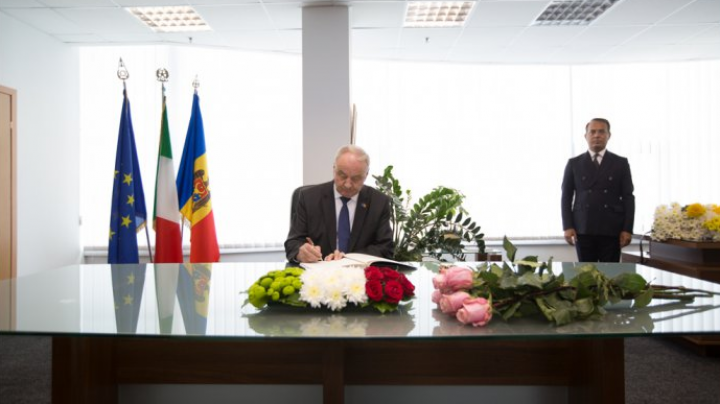 Moldovan President Nicolae Timofti today signed the book of condolences opened at the Italian Embassy in Chisinau, following the earthquake in Italy, the presidential press service has reported, Moldpres informs.

"I found out with great sadness of the consequences of the earthquake of proportions of 24 August 2016 which caused the tragic loss of lives, injuries and major damages to the Italian Republic.

On behalf of the Moldovan people and on behalf of me personally, I express to the bereaved families and the whole Italian people, sincere condolences, assuring them of our profound sympathy," the message said.

The Head of the State, accompanied by presidential advisers, laid flowers at the diplomatic mission headquarters to commemorate the victims of the earthquake.