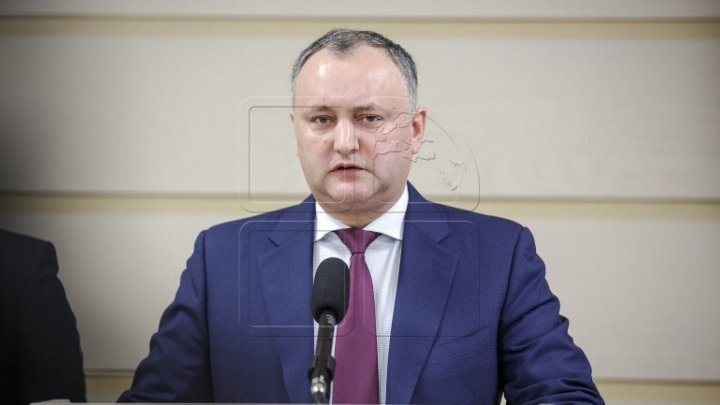 The Moldova's President Igor Dodon will invite leaders of the parliamentary parties PSRM, PDM and ACUM bloc to talks on the possibility to form a parliamentary majority and the Government of Republic of Moldova. The statement was made by the head of state at a meeting with German Ambassador to Moldova, Angela Ganninger.

"This process can take a couple of weeks. I assume that the President has a very important role in contributing to promote a dialogue. Moreover, we bring examples of European states, such as Germany. The country has a very rich experience to organize long negotiations to form parliamentary coalitions and create a legitimate, functional and efficient government, " President Igor Dodon said.

PUBLIKA.MD reminds that three parties announced to have formed their parliamentary factions at the first meeting yesterday.

Accordingly, the PSRM includes 35 deputies and is led by Zinaida Greceanîi.

The PDM is composed of 30 legislators, and Pavel Filip was elected president.

The Sor party led by Ilan Şor was also formed.

However, the ACUM bloc has not formed its faction.