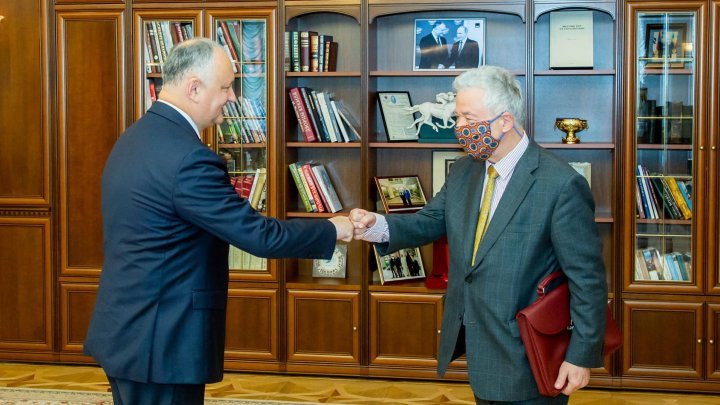 Free movement of citizens on both banks of the Dniester, telecommunications, the functioning of the banking system, as well as other issues were discussed at a new meeting of President Igor Dodon with Austrian diplomat Thomas Mayr-Harting, the Special Representative of the OSCE Chairperson-in-Office for the Transdniestrian Settlement Process.

According to the head of state, the meeting took place after the OSCE special representative had several negotiations with the separate authorities on the left bank of the Dniester and the heads of diplomatic missions in the countries participating in the "5 + 2" format.

The head of the OSCE Mission to Moldova, Claus Neukirch, also attended the meeting.