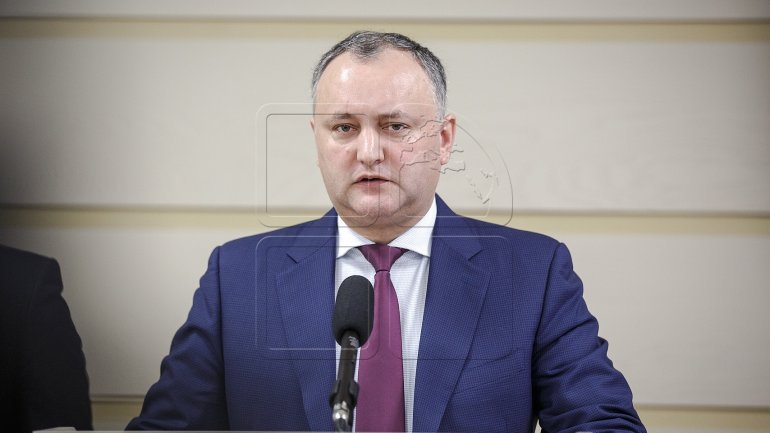 The head of state refused the applications of diplomatic representatives in the United Kingdom, Belarus and Austria.

The head of state asked the Prime Minister Pavel Filip for additional consultations on the appointment and withdrawal of ambassadors to avoid deadlock in Moldova's foreign diplomatic activity.

Earlier, the President announced that he would not accredit ambassadors proposed by the executive.

This after Pavel Filip rejected the request of presidential of the recall of Moldovan Ambassador to Romania, Mihai Gribincea.

The legislation does not say whenever the President may reject a candidate for ambassador.