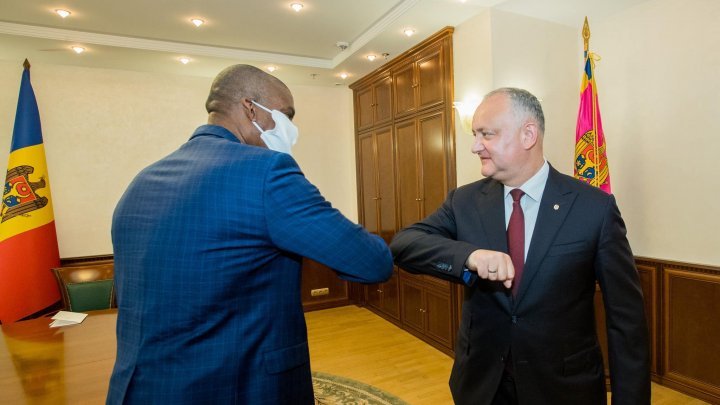 President Igor Dodon discussed the epidemiological situation in Moldova with US Ambassador to Moldova  E.S. Dereсk J. Hogan in a yesterday's meeting.

"I had a working meeting with the Ambassador of the United States of America in our country, E.S. Dereсk J. Hogan.

We approached a wide range of topics on the bilateral relations agenda, emphasizing the interest of Moldova in consolidating them. At the same time, we discussed the epidemiological situation and the efforts of our countries in combating the COVID-19 epidemic.

We also addressed the political situation in Moldova. We mentioned the intentions of the Moldovan authorities to continue the implementation of socio-economic and infrastructure projects, commitments previously assumed.

I reiterate the firm position of the presidency on further promoting a balanced foreign policy, "President Igor Dodon wrote on his Facebook page.