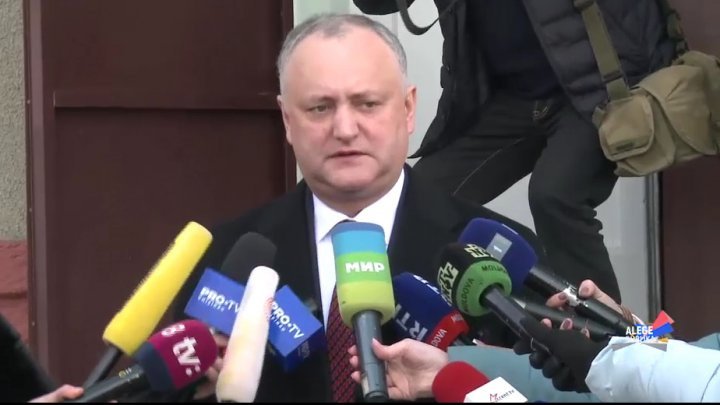 This is another proof that President Igor Dodon didn't act on his own when he decided to contribute to form PSRM-ACUM alliance as Kozak and Moscow dictated. On May 22, within a press briefing held at Presidency, Igor Dodon announced to ask Constitutional Court to know the exact date for parliament dissolution.

He added that the most probable time limit would be in two weeks, and unless parties had formed coalition, Moldova would have to dissolve parliament after June 7, the date established by Constitutional Court.

This declaration was published on website of Presidency of Moldova. 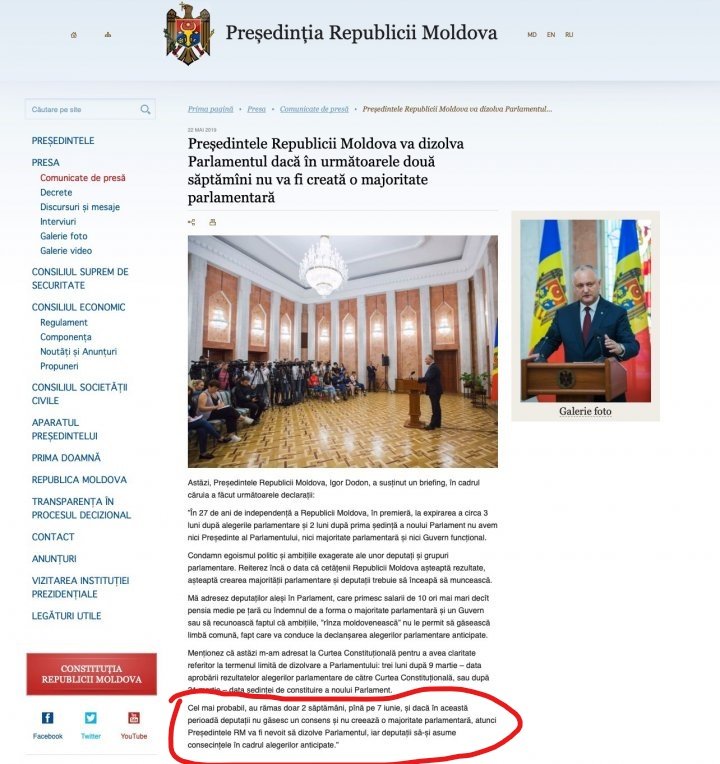 Moreover, on June 7, after Republican Council meeting, Igor Dodon declared that the most probable scenario was snap elections because ACUM bloc and Democratic Party of Moldova couldn't reach consensus.

However, after our article was published indicating the declaration, the text was deleted on website http://www.presedinte.md. But they forgot deleting it on Facebook of President Igor Dodon and website of Socialist Party. 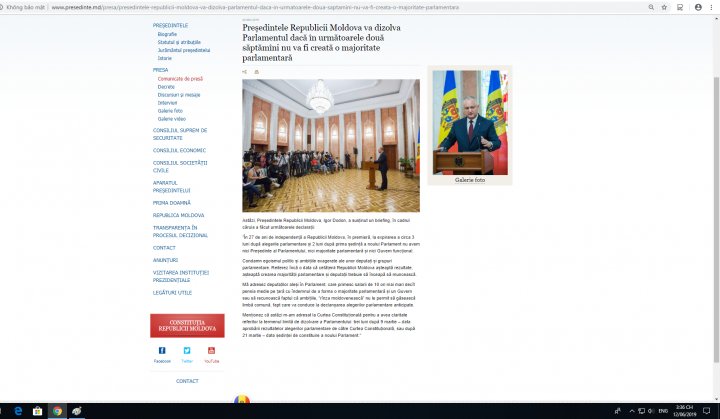 The text was deleted. 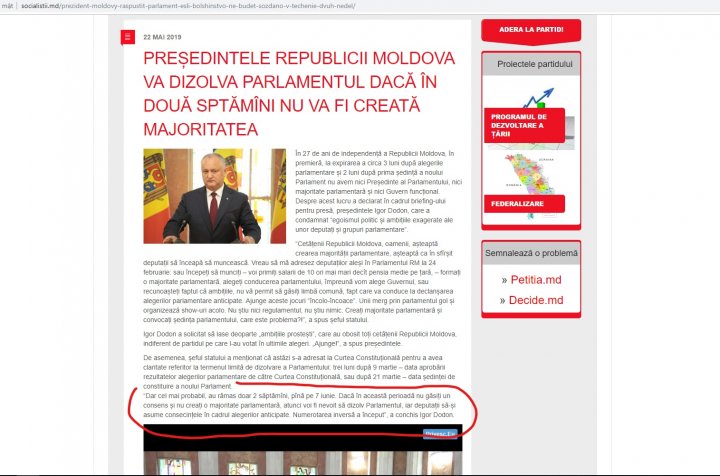 But this declaration still remains on website of Socialist Party. 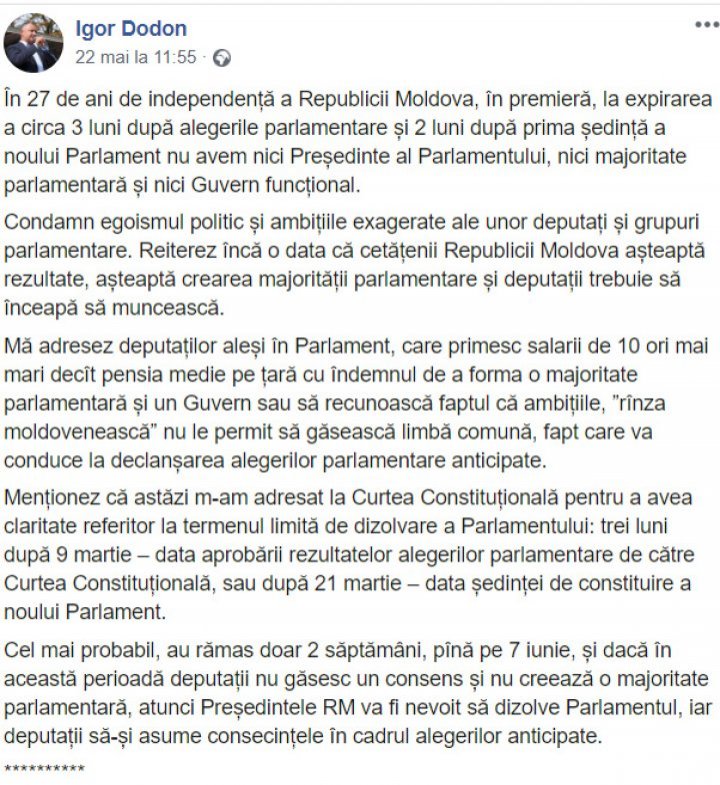 And the text still remains on Facebook of President Igor Dodon.

The Constitutional Court explained that the 90-day term, in which the newly-elected Parliament must form the Government, runs from the date of validation of the mandates of deputies.

According to Article 263. Calculation of term a year and a month.

If the term a year and a month is mentioned without further explanation, it considers to be 30 days for a month and 365 days for a year.

The February 24th parliamentary elections were validated on 9 March 2019 and by June 7, 90 calendar days have passed. The Constitutional Court declared inadmissible the referral by the Presidency concerning the interpretation of the Constitution with a view to determining the date from which the three-month period of Parliament's inactivity for the dissolution of the Legislature is calculated.