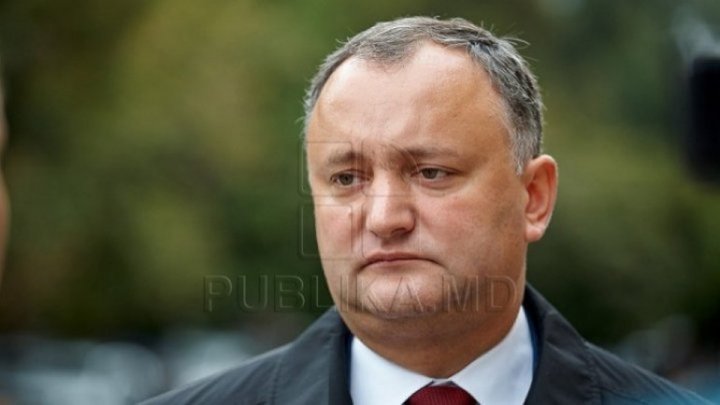 The Decree on convening of the first meeting of new Parliament could be signed this week. President of Republic of Moldova, Igor Dodon, has announced at a working meeting with the US Ambassador to Moldova, Dereck J. Hogan.

"We had a working meeting with US Ambassador to Moldova Dereck J. Hogan.

We discussed the evolution of political situation in our country after the Constitutional Court validated results of parliamentary elections.

In the context, I told the US Ambassador that perhaps this week I will sign the Decree on convening the first meeting of new Parliament.

Similarly, we discussed the possible scenarios of creating legitimate parliamentary majority and the subsequent formation of the Government, "the head of state wrote on facebook.

Moreover, during the meeting with deputy Eduard Smirnov, President Igor Dodon discussed detailed scenario of the first meeting of Parliament and date of its convocation.

"Today I had a meeting with deputy Eduard Smirnov, the oldest deputy of Parliament, who will chair the meeting for the newly elected deputies.