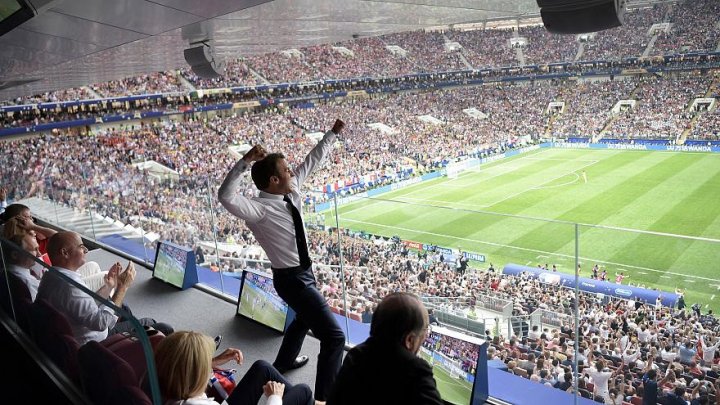 A photo of Macron, in shirt and tie, expressing his emotion as France scored quickly went viral across the social media. However, his consolatory gestures towards Croatian counterpart Kolinda Grabar-Kitarovic and the Croatian players after the match were also widely shared.

Macron headed into the team changing room to celebrate the win, being filmed 'dabbing' with bare-chested defender Benjamin Mendy.

He did not go to the changing-room alone, however, bringing with him a French soldier who had been wounded fighting in Mali.

Demanding for the players' attention with a call of "Les Enfants", or "children", Macron introduced the team to a soldier who lost an arm and a leg fighting terrorists in the African country.

Macron recounted how the soldier has asked him at an event a few days earlier: "When you see the players, tell them they built a dream for a little Frenchman like me."

"That's why I brought him, because I wanted you to realise what you have done," the president said.
AFLĂ imediat Știrile Publika.MD. Intră pe Telegram