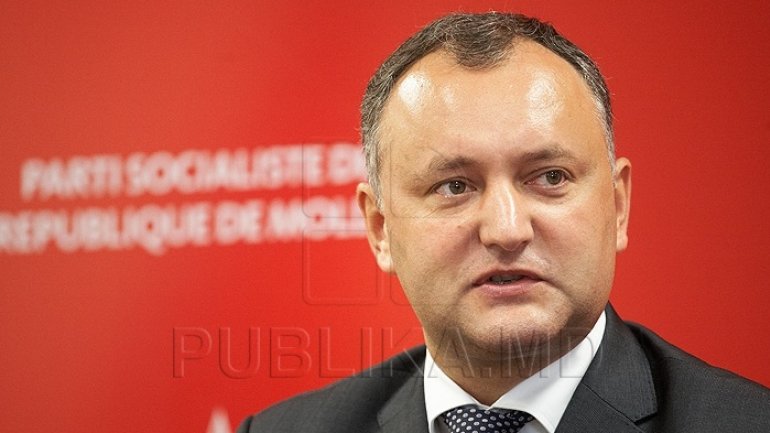 In the first interview for Europa Libera after winning the presidential elections, Igor Dodon gave assurances that he will the president of all citizens, that the agreements with the EU will stay in force, and specified that the first visit will be to Moscow.

"I have an experience of 11 electoral campaigns, during the last 7 years, starting with 2009, both parliamentary and municipal, where I also was a candidate for the position of mayor. From all electoral campaigns until now, this one was one of the most correct and with least frauds. Yes, there were some principle things which weren't solved. We requested during the last years for more polling stations for diaspora. They did not do it. When I went to Strasbourg, and when I talked to the Venice Commission, I gave the argument that not all people are offered the possibility to cast their vote. But the governance did not want to hear this. We were, are and will be in opposition towards the present parliamentary majority and towards this system which was created during the last years. The Socialist Party, the parliamentary fraction will not make coalitions in this parliament. And the objective is very clear - early parliamentary elections. Speaking on this subject today will take place the political executive, in which will be examined my application for refusal of membership of the Socialist Party, and on Friday will be held the meeting of the republican council where we will examine several candidates for President of Socialist Party.

And this means that President Dodon will not be a party member and cannot represent a single party or a part of Moldovan citizens. The President must represent all citizens, both on the left and on the right, and those who voted for my political opponent.

Relations with the European Union remain intact and the President does not have powers to change them. Association Agreement, other partnerships would still go through, will be in force. President has no right to cancel or to stop the agreements. Yes, there will be bilateral, trilateral negotiations to change the situation for the better, for example, to return to the Russian market. But all these discussions and negotiations with all partners will be both in the East and the West. But some changes can occur when the citizens agree and when is a parliamentary majority that supports it."

Therefore, I advocate for keeping relations with the European Union, they remain in force, we will restore economic partnership relations with Russian Federation. And, therefore, the first official visit will be to Moscow to try to return to the Russian market and solve the problems of migrants. And to try to maintain a balance, including in terms of geopolitics.

Dear compatriots, I esteem your vote, I understand it, it is logically in a democracy to have different opinions. But the elections are finished, let's try together to do everything possible for the welfare and future of our country, our homeland, for the welfare and future of our children, yours, all. Therefore, I think we need to get off the barricades and work together for the good of the Republic of Moldova " said Igor Dodon.