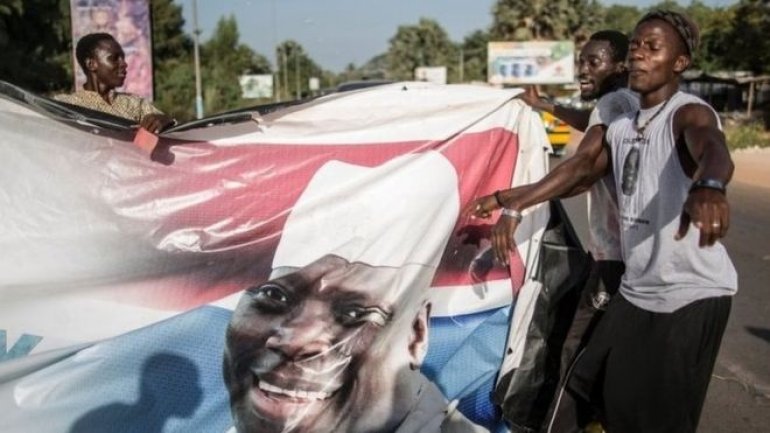 Yahya Jammeh, an authoritarian president who ruled for 22 years, has confirmed he will step down.

"I will help him work towards the transition," Mr Jammeh said on state TV on Friday evening, after speaking to the president-elect by telephone.

Mr Barrow, 51, who has never held political office, won Thursday's election with 45.5% of the vote.

Hundreds of Gambians took to the streets to celebrate one of the biggest election upsets West Africa has ever seen.

Mr Jammeh, also 51, took power in a bloodless coup in 1994 and has ruled the country with an iron fist ever since.

The BBC's Umaru Fofana, who spoke to Mr Barrow, said the president-elect seemed bewildered by the result.

President Jammeh has congratulated the property developer and vowed not to contest the results after deciding "that I should take the backseat".