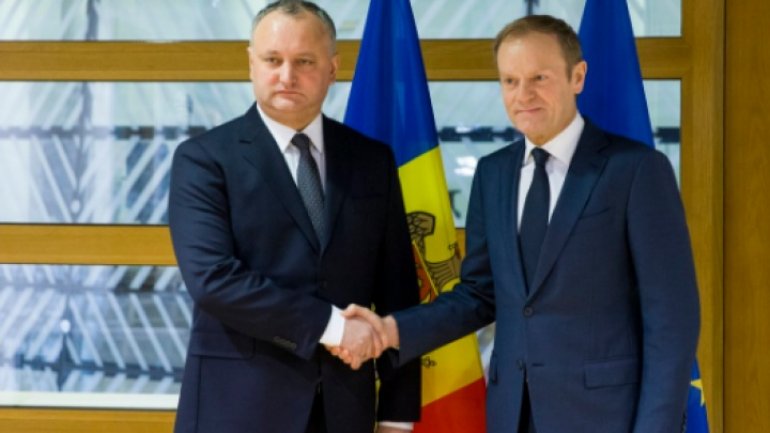 President Igor Dodon stands for scrapping the Association Deal with the European Union. At a meeting with the president of the European Council, Donald Tusk, the Moldovan President stated he would back the political parties touting the idea. The European official responded that the partnership with the EU was to Moldova’s interest.

The Moldovan president proposed, in Brussels, three-side talks among the EU, Moldova and Russia on trade.

Igor Dodon is yet to meet the speaker of the European Parliament, Antonio Tajani, foreign policy commissioner Federica Mogherini, and NATO officials.